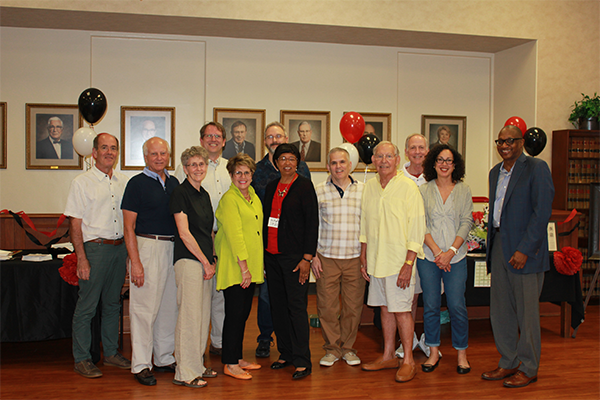 Barbara Thompson with some of the associate deans she worked with.

47 years is a long time. 47 years ago, Richard Nixon was president and the Vietnam War was in full swing. Disney World opened. The Apollo 14, the third manned space mission, was launched, and the Soviets launched a manned mission as well. The New York Times began publishing The Pentagon Papers. And Barbara Thompson began working at the University of Louisville School of Law. 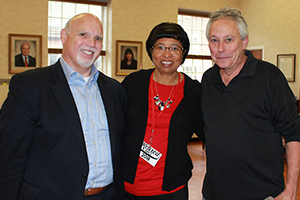 For us, Barbara’s longevity and incredible service to the school of law and the Louisville legal community are of significance equal to the national historical events above. Because it is no understatement to say that over the arc of 47 years, Barbara became central to the identity of the school of law. She is one of its most important sources of institutional memory, a central part of its fabric and success. She is a treasured friend and advisor. To say that we will miss her does not begin to capture the swirl of emotions that so many — former and current faculty, students and university personnel — felt at her farewell sendoff on Friday, June 22, 2018.

Barbara joined the Brandeis School of Law when it was still the University of Louisville School of Law, in 1971. The school's renaming in 1997 is not the only change the director of student records has observed in her 47 years of service. 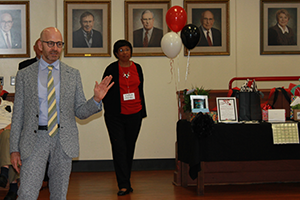 Barbara has been a central part of changes throughout her time at theUniversity of Louisville. She has positively impacted the lives of thousands of students — and thereby thousands of lawyers — not to mention the faculty members, staff and deans she has worked with.

Although I have only had the pleasure of working with Barbara for six months, it was clear from the moment I arrived that she is at the heart of our school of law. The incredible institutional knowledge she possesses, her ability to speak the truth with love and a firm hand and her deep commitment to our students are memorable and will all be deeply missed.

I recently had the chance to gather some reflections from Barbara. I am delighted to share them here, along with some testimonials from faculty members who join me to look back on her decades of service. 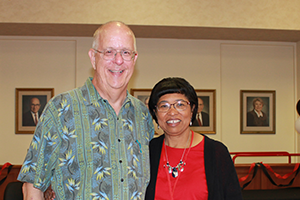 What will you miss most about UofL?

Most of all, I will miss the people and the students. Over the years, I have worked with some great people here at the law school and across campus. They are my other family because we have been through good times and bad times together.

What is a favorite memory from your time at the law school?

I have so many favorite memories, but the one that is dearest to me is a student that struggled with an illness. Her mother and aunt died from the illness. She struggled through several personal problems, which would have stopped most people in their tracks. She kept silent for over a year and didn’t let us know what she was going through. When she walked across the stage on graduation day, I cried tears of joy because she made it with all those struggles. She was and still is a very strong person today.

How have you seen the law school and university change over the years?

I was the first person of color hired here. In the '70s, the university and the law school were not a very welcoming place for people of color. After hearing what some of the students were told in class by instructors and other students, I was determined that I was going to stay here and be here for the students, and that is when my passion and love for the students began.

How has your time at the law school changed you as a person?

Coming from a very small town in Indiana and not knowing any better, I was judgmental about a lot of things and people. 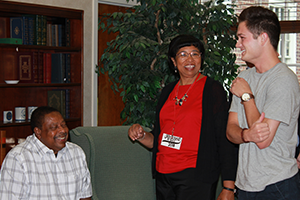 Over the years, I learned to be more compassionate and not as judgmental; people do not have to look like me or have the same beliefs for me to get to know them

I have learned that people should surround themselves with all kinds of people to broaden their knowledge. Some of my best friends are completely different from me, and I love that I can accept people where they are right at that moment. It is a good feeling that I can look at someone and find something good about a person. Some people are little harder than others, but there is always something good about everyone.

What is the most common piece of advice you’ve given to students?

Do something you really love, do your best and be kind to everyone because you don’t know what kind of battles people are facing each day. 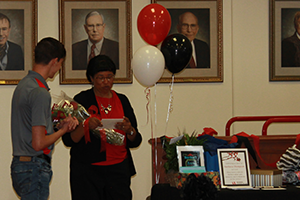 Barbara Thompson is the rock of this law school. She is more than 40 years of official and unofficial institutional knowledge. She knows who was a good student in the class of 1980 and who was the worst adjunct professor of all time. She knows everything.

If I ever needed to ask someone about how something was done as a professor or associate dean, Barbara would help me without making me feel incompetent. She is patient and kind in all she does.

Barbara knows how everything and everybody in the university works. Everyone across the campus owes her numerous favors so she can get things to happen in the midst of a mind-numbing bureaucracy. 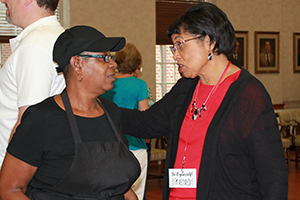 Barbara also keeps track of us — the faculty and staff. I regularly check in with Barbara to see how she and Roger are doing and report on what is going on with me. I think many of us do the same. She is the center of our community.

I am having a hard time imagining the law school without Barbara. It will be a different place. I will miss her tremendously.

Barbara has meant a great deal to me. She was one of the first people that I met when I walked into the law school 25 years ago. In whatever role I have been in, from assistant professor to associate dean, she has always provided candid and inspirational advice. 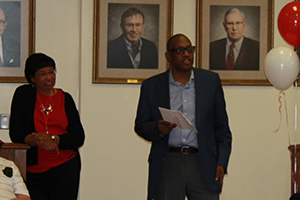 I always knew that, no matter what, she supported me unconditionally and that she had my best interests at heart.

For the law school, it is not an overstatement to say that she is the heart and soul of this institution: She bridges all constituencies from staff to the highest levels of central administration, and she treats everyone with mutual respect and dignity. She has seen many challenges and changes in the life of the law school, and she has been a positive catalyst for many of the great things that we have accomplished as a law school community. She has left an indelible mark on the law school. We owe her our deepest gratitude. 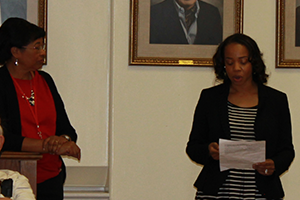 The above only hints at the strong mark that Barbara has made on this school of law. We hope that Barbara will enjoy her retirement with her beloved husband, Roger, in the company of her son Christopher. And we hope she will come back to visit often. Barbara, you will be gone from this campus day to day. But you will never be forgotten!