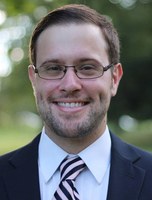 In August, they decided to formalize their discussions into a podcast. Building This Community features interviews with guests who discuss policies from around the country and globe that could aid Louisville's city, and business development.

"There are so many different perspectives about policy," says Klump. "This isn't a politics podcast — it's a policy podcast. It's meant to educate people on policies they might not know about." 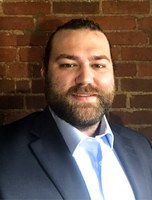 Guests have spanned a wide range, from a Singapore entrepreneur to fellow Louisville Law alumnus Michael Lindenberger (2006), now deputy opinion editor of the Houston Chronicle. Lindenberger discussed local and national journalism as well as zoning and the need to grow Louisville's art scene.

Although the podcast's audience is largely lawyers, it is geared toward anyone who wants to see Louisville further develop and build community.

"Because we have law degrees, we really have an ability to dig deeper into this material. It's easier for us to see the pros and cons of policies," says Klump, who also is involved in policy as a policymaker — he is a member of the Audubon Park City Council in Jefferson County.