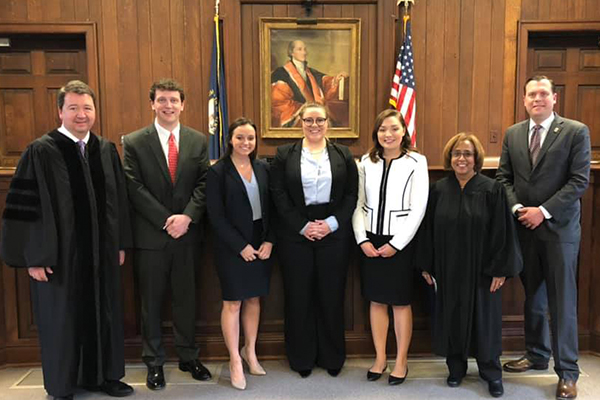 On March 29, 2019, the University of Louisville School of Law's Moot Court Board hosted the final rounds of the First-Year Oral Advocacy Competition.

Four 1Ls — Emily Allen, Paige Ezell, Kalynn Walls and Nolan Webb — competed in the final round. Allen was named the winner and Webb was runner-up.

The finalists presented their arguments before a panel of judges who volunteered their time: Judge John Bush of the United States Court of Appeals for the Sixth Circuit, Chief Judge Denise Clayton of the Kentucky Court of Appeals and U.S. Attorney for the Western District of Kentucky Russell Coleman.