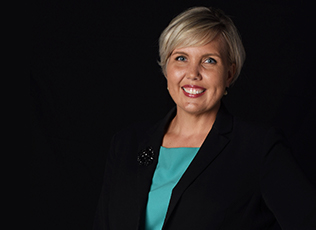 When Michelle Browning Coughlin, a 2009 Louisville Law graduate, began her career as attorney, she was also a mother of two young children.

Embarking on a demanding career while trying to juggle the needs of young children, “I kept running into obstacles,” she says, explaining that with no family in town, she and her husband — a public school teacher — had to manage childcare alongside their careers. “I constantly felt like I was failing.”

Coughlin, who is now a partner at Wyatt Tarrant & Combs, looked for support in women lawyer groups but wasn’t able to find anything that spoke to the unique challenges she was facing as a lawyer and a mother.

So she started a Facebook group. She began by posting articles about motherhood and legal careers for the 30 or so women who joined. As the group expanded, Coughlin gave more thought to her group’s impact and decided to devote more time to what is now MothersEsquire.

MothersEsquire, of which Coughlin is founder and president, is a nonprofit with a mission to “achieve gender equity in the legal profession by improving promotion and retention rates of women in the law, along with championing equal pay and transparency regarding compensation practices in the legal profession.”

“One reason we are taking this issue on is the solvability of it,” she says. “Our goal in 2020 is to have every state bar association committing in writing that they will provide accommodations that’s not a bathroom at every conference that is more than half a day long.”

She notes that the Kentucky Bar Association has already made such a commitment.

Another major issue in front of MothersEsquire are parental continuance motions. If a lawyer is on parental leave, he or she is not guaranteed to be granted a continuance in a trial, Coughlin says. The Florida Supreme Court recently heard arguments on a proposed rule that would create a presumption of a three-month continuance if a male or female lead counsel is expecting a baby or new child. In August, Coughlin traveled to Florida to argue in support of the rule.

MothersEsquire is looking for members in each state who can advocate such rules.

Paternity leave is another key issue for MothersEsquire, says Coughlin. By providing paternity leave — and encouraging men to take it — firms and companies can make strides in changing the societal norm that places women as primary caregivers.

“We still tell dads — implicitly or directly — that you do not serve a role in caretaking,” Coughlin says, adding that this narrative is unfair to men and entrenches women in inequality.

Finally, but not less important, MothersEsquire raises the issue of pay inequity.

“There is a huge gap between mothers and men — much bigger than the gap between women and men,” Coughlin says.

As part of her mission to celebrate women who are both lawyers and mothers, Coughlin has written a children’s book. “My Mom, the Lawyer” showcases the many different roles lawyers play and the ways in which being a mother and a lawyer intersect: both callings encompass problem-solving, service and knowledge.
Subscribe to Brandeis Law News & Events