In July 2021, two important A&S directorships were appointed – one to the Anne Braden Institute for Social Justice Research and the other to the Commonwealth Center for Humanities Society. Both of these appointments will impact the way in which A&S engages with our community for years to come.

In July 2021, two important A&S directorships were appointed – one to the Anne Braden Institute for Social Justice Research and the other to the Commonwealth Center for Humanities Society. Both of these appointments will impact the way in which A&S engages with our community for years to come 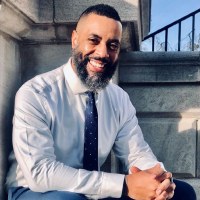 Dr. McCormack earned his Ph.D. in 2013 from the Vanderbilt University Department of Religion, where he was also a fellow. He is also a proud undergraduate alum of UofL.

His research explores the intersections between Black religion, popular culture, the arts, and activism. He teaches courses in African American religion, religions of the African diaspora, and religion and hip-hop culture. He is one of the University’s inaugural Ascending Stars Fellows and an Academic Research Fellow at the Benjamin L. Hooks Institute for Social Change at the University of Memphis. He is also a member of the Black Interfaith Project, a national network of academics, artists, and activists engaged in research and action around the role of Black religious and spiritual practices in movements for social justice.

Dr. McCormack is also a frequent speaker and lecturer, having been invited to speak at a range of institutions from HBCUs to Ivies. But he finds his deepest joy in speaking outside of academia - at churches, public schools, community centers, and other places where everyday folks are gathered and engaged in collective meaning-making and ongoing struggles for freedom. 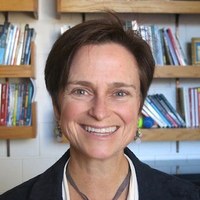 Mary P. Sheridan (English) has been named the director of the Commonwealth Center for Humanities & Society.

Dr. Mary P. Sheridan received her Ph.D. in Writing Studies from the University of Illinois, Urbana-Champaign. She writes and teaches on questions relating to digital composing, community engagement, and feminist methodologies. She has written or co-written two books, co-edited two and published numerous journal articles that have appeared in appeared in prestigious rhetoric and composition journals, including College Composition and Communication (CCC), Kairos, Journal of Advanced Communication (JAC), and Written Communication among others.

Dr. Sheridan won the 2010 Winifred Bryan Horner Outstanding Book Award from Coalition of Women Scholars in the History of Rhetoric and Composition; the 2009 Civic Scholarship/Book of the Year Award from Reflections: A Journal of Writing, Service-Learning, and Community Literacy; and, as part of a collaborative group, the Computer and Composition’s Michelle Kendrick Outstanding Digital Production/Scholarship Award for 2008.

We are grateful they have agreed to take these important roles on and we are excited to see where their enthusiasm and vision take the ABI and the CCHS. They no doubt have a firm foundation from which to work thanks to the leadership of the outgoing directors Dr. Cate Fosl (Women’s, Gender & Sexuality Studies) and Dr. John Gibson (Philosophy).