Rae Hodge, '13 and Liberal Studies journalist talks about her experience in the Liberal Studies program at UofL. She discusses her background in communication and language arts and the faculty that have helped her with her career. 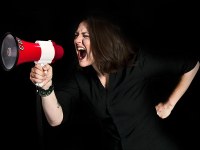 My educators were governors, state historians, poet laureates, demographers, attorneys general, legislators, policy analysts. If it weren't for the faculty I worked with in the College of Arts & Sciences, I would never have had the opportunity to try something so original and real-world driven – Rae Hodge BA Liberal Studies ‘13

You were a transfer student, spending your first two years at Jefferson Community & Technical College. Why did you make that choice, and what advice do you have for students following a similar path?
It started off as a financial decision and turned into a truly formative experience. Doing my first two years of undergrad at JCTC shaved about $10,000 off my student loan debt, and since Kentucky's required General Education courses are taught the same at nearly every public university, I didn't miss a beat when I transitioned to UofL.

JCTC's Louisville campuses offer small-sized classes filled with a diverse, professionally-driven student body. I'd recommend it for every student in Kentucky.

If you're a student thinking about the transition from JCTCS to UofL, let me say first: you're going to be fine. Coming from JCTC means you now have the concentration prowess beyond that of the average mortal, and are able to stay laser-focused and engaged on your studies even as the roar of 1-65 shakes your classroom and the frenetic pace of downtown Louisville buzzes all around you. UofL's peaceful campus will seem like a quiet, contemplative island in comparison. So relax.

A Liberal Studies major, you concentrated in political journalism. What made you choose that field of study?
I've a strong background in communications and language arts. I'd also done some overseas research work and begun strengthening my interviewing skills, but was completing my sophomore year at JCTC when Prof. John Sistarenik (JCTC) urged me to apply for a highly competitive internship with the Legislative Research Commission in Frankfort.

My experience with the LRC narrowed my focus immediately. I worked full-time in Frankfort, helping draft legislation, conducting legal research, navigating parliamentary procedure, and learning to dissect the state's multi-billion dollar budget. That experience impressed upon me the importance of strict non-partisanship in the service of the elected.

Because I grew up poor, I'd always had this sense that people like me weren't allowed in places like Capitol buildings. I grew up thinking the only political decision I was allowed to make would be in a voting booth every four years, and that the machine of government could only be operated by the licensed elite. But by the end of my tenure there, I'd been taught everything there was to know about state government. My educators were governors, state historians, poet laureates, demographers, attorneys general, legislators, policy analysts. It made me fiercely protective over the dignity that democracy promises to the disenfranchised. It made me want to fight for people who hadn't seen behind the curtain yet, and to show the public how to operate the government machine for themselves.

What is the most significant project of your career thus far?
It's not the best answer, but one of the most significant stories I ever worked never saw the light of day. It involved a very powerful person in my state. I was sure I was onto something. I spent nearly a year gathering data, combing through public records, interviewing sources, and charting timelines. I captured every scrap of evidence in my quest. And lo and behold, just days before it was to be published, I got a new piece of evidence that unraveled the entire thing. Turns out there was no real story there, and I'd been sorely misled. Publishing the piece would have been an ethical catastrophe. But that's what taught me about news prudence.

Did you have any key mentors? Tell me about them.
If it weren't for the faculty I worked with in the College of Arts & Sciences, I would never have had the opportunity to try something so original and real-world driven. Prof. Ralph Merkel (Communication) made an enormous impact on my coursework and my life. I consider him UofL's unofficial Patron Saint of Journalism. He makes sure that every resource at his disposable is available to his students, introducing them to a wide professional network and giving them the hands-on experience necessary to build a strong portfolio of work.

Also, Dr. Patricia Condon (University Honors Program) deserves a huge amount of credit for her work with honors students and international scholarships. Because of her tireless efforts, those students who strive hard are guaranteed the opportunity to expand their academic career on a global stage.

What is the best advice you’ve ever received?
The two best pieces of advice I've ever received about journalism are 'Nothing is off-record until I say so,' and 'Record everything, keep the tapes forever.' I follow that advice religiously.

Outside of the New York Public Library stand two marble lions, guarding the entrance since 1911. In 1930s, Mayor Fiorello LaGuardia named them after the two qualities he thought New Yorkers would most need in order to survive the economic depression: patience and fortitude. There's one piece of advice that has served me well my entire life, and which I still say to myself at least once a week. It's from Basil King, who in 1921 wrote a book called The Conquest of Fear:

"Go at it boldly, and you'll find unexpected forces closing round you and coming to your aid."

I try to remember these things every day.

You received a Fulbright Fellowship to study journalism at Cardiff University in the United Kingdom. How did you become interested in the Fulbright program? What was the process of applying like?
I credit Dr. Condon for opening my eyes to international scholarships. When seeking her council on pursuing a post-graduate degree, she saw immediately that I would be a perfect fit for the Fulbright program. And under her careful guidance, I put all of my effort into proving her right. Like most Fulbright winners, this year wasn't my first time applying. But this year, I was far more focused and prepared.

I couldn't be more grateful for the chance to do this. I was also recently informed that I am the 2016 winner of the Alistair Cooke Award in Journalism, an honor awarded to just one U.S. student and one U.K. student each year. 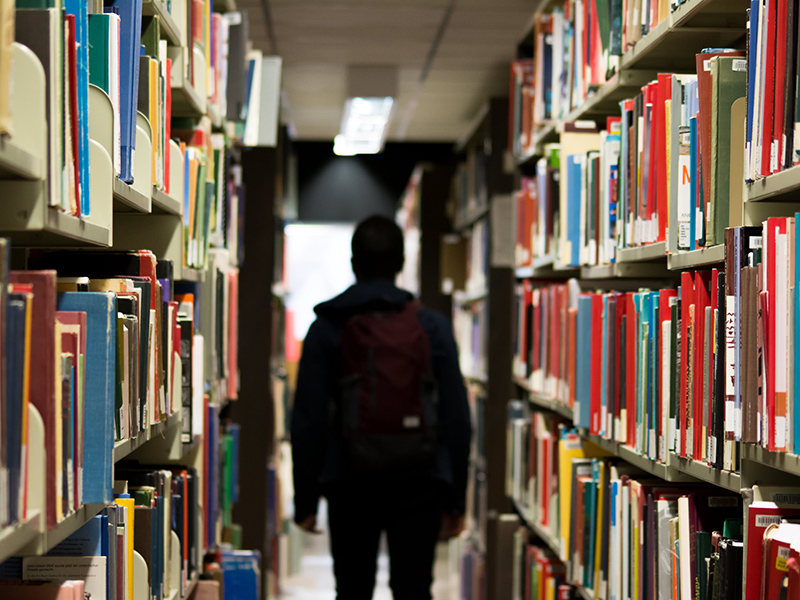 Learn more about the Department of Liberal Studies - the individualized major program in the College of Arts and Sciences.