I think, therefore I DISCOVER

Prof. Beyin is currently researching the origins of early humans and early human behaviors. In this Q&A we find out about what lead him into Archeology as a field of study. 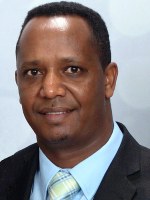 Educational Background:
I earned Ph.D. (2009) and M.A. (2005) degrees in Anthropology from Stony Brook University (New York), and BA in Archaeology (2001) from the University of Asmara- Eritrea (my native country). I attended my high school (1992 - 1996) at the Holy Savior Major Seminary in Asmara, Eritrea.

Current Research:
My research interests encompass the origin and dispersal of early modern humans, and the development of modern human behavior with a methodological focus on stone tool technology, shoreline adaptation and the beginning of food production.

In the past 12 years, I have developed collaborative research projects in four regions of eastern Africa: the Red Sea coast of Eritrea, the Turkana Basin (northern Kenya), the Red Sea coast of the Sudan, and the Indian Ocean coast of Tanzania. My projects have been funded by extramural grants from the National Science Foundation, National Geographic Society, Wenner-Gren Foundation, the Dan David Prize, the Leakey Foundation and the Turkana Basin Institute.

In 2005, I launched my first archaeological project on the Red Sea coast of Eritrea aimed at documenting prehistoric sites associated with early human use of coastal landscapes. Because of its location at the nexus of eastern Africa and Southwest Asia, the Red Sea basin plays a central role in the current debate about early human migration routes out of Africa. Both my Eritrean and Sudanese projects are aimed at searching for evidence of coastal migration along the Red Sea. My Turkana project explores cultural developments of hunting-fishing communities that inhabited the shorelines of Lake Turkana between 14,000 and 6000 years ago.

This time period is important for understanding the conditions that fostered the onset of food production. All, but my Eritrean project, are active at the present. In the summer of 2016, I was in Tanzania for a five-week fieldwork, and two UofL undergraduate students took part in my archaeological expedition.

How did you become interested in studying archaeology and anthropology…..why?
My interest in archaeology was spurred by my inherent curiosity about the roots of human civilizations and diversity. The simple questions of why so many different cultures exist around the globe, and how some human groups have developed advanced technology than others, had always intrigued me since my early days in school.

When the time came to choose my career path during my sophomore year at the University of Asmara (Spring 1997), I didn’t hesitate about which department to join in. To my chagrin, the archaeology department was just accepting its first cohort that same year, and that stroke of luck enhanced my interest in becoming not only an archaeologist, but also part of the first graduating class of archaeologists from my alma mater.

One thing that keeps my archaeological passion growing is the fact that every artifact that I find connects me with the mindset of ancient people – their worldview, and the innovations and decisions they employed in every turn of their lives. No other field is adequately qualified to give us access to our ancestors’ legacies the same way archaeology does, and I feel so privileged to take part in this rewarding scientific field.

Why did you choose this particular subject to research? And why is this topic of value in academia? In the public sphere?
My research interests cover multiple anthropological issues, but they are all united by one goal, i.e., understanding the roots of humanity (humans and the biological and cultural qualities that define us).

One of the topics in which I have a strong interest is the issue of human dispersal. The current anthropological consensus is that our lineage (Homo sapiens) first emerged in Africa, but questions remain about when and through which geographic routes those early humans who inhabited Asia and Europe left Africa. The successful dispersal of early humans into all the major continents represents a remarkable evolutionary feat, because in addition to allowing humans to expand their geographic horizon beyond Africa, the discovery of different habitats had offered our ancestors indispensable incentives to be creative in the face of new risks. By moving to different environments, humans discovered new plant and animal communities, some of which were later domesticated and are playing a vital role in supporting mankind today. The development of different languages and customs that universally characterize humans also owe their origin to human movement away from each other.

In a nutshell, had humans remained confined to one geographic region, be it in Africa or somewhere else, many of the cultural and biological features that distinguish us from each other and from our closest primate relatives would not have been attained. Hence, among other things, knowing when and why early humans migrated out of Africa is important to understanding the roots of modern human diversity.

Another topic for which I have a deep passion is ancient technology. Stone tools represent some of the best remaining evidence of early human cultural innovations, thereby providing insights into the cognition and creative capacity of prehistoric humans. I have skills in flint knapping and have employed stone tool analysis to determine the technological behavior of early humans that left thousands of stone artifacts at the sites I have been investigating. Learning about stone tools, be it in academia or public sphere, offers a window into understanding the foundations of modern human technological ingenuity.

My other two important research topics pertain to the origin of food production and the role of shoreline habitats in human prehistory. The inception of food production represents an important milestone in human history, but the conditions that permitted its appearance are not well understood. Our ancestors lived in this world by hunting and gathering for millions of years, and it is only around 10,000 years ago that a few communities started to experiment with domestication. Once the stage was set for food producing economy, many other socio-cultural developments became possible, such as sedentary life, division of labor, trade, social hierarchy....etc.

In short, given that our livelihood today is centered on cultivated food and domesticated animals, it is important to reflect on how and when we acquired knowledge of those animals and plants that we eat. Moving to the shoreline issues; in a world that is more 75% covered by water, shoreline habitats represent an important element of prehistoric and modern human landscape. In fact, today, about 50% of the global population lives along coastal areas. Moreover, studies have shown that aquatic foods are rich in substances that may have had a strong impact on hominin physiology, gene expression and brain development. However, the question of how “early” humans started to incorporate aquatic foods into their diet, and the degree to which the consumption of aquatic resources may have improved early human evolutionary fortunes remain less understood.

In general, knowing how our ancestors coped with resource variability and scarcity can provide us an invaluable lesson as to how our future food quest might change in response to potential environmental catastrophes or in the face of the prevailing scientific advances, such as producing GMO’s. Likewise, the question of “food” is crucial to understanding the impact of our dietary choices on our health and wellbeing.

What was your favorite course as an undergraduate? Why?
My most memorable undergraduate course was Introduction to Archaeology, which I took in my sophomore year. In that course, the professor talked about the world’s famous archaeological discoveries, such as the pyramids and hieroglyphs of  ancient Egypt, the architectural and artistic innovations of ancient Greeks, and the magnificent cities of ancient Mesopotamia. The textbook information and videos I was exposed to in that course amplified my passion for learning about our ancestors’ legacies.

How do you think the past informs our understanding of ourselves, our lives and our world in the present?
We must recognize that we are living a culture and life our ancestors laid the foundation for. Humans are connected by some mysterious trends in time and space – we all have language, culture and the drive for innovations. For example, in the context of ancient technology I have noted above, we are all aware of the importance of technology in our daily lives, but how many of us do actually spare time thinking about the foundations of our scientific ingenuity?

Stone tools and other archaeological relics serve as humble reminders of the small creative ideas that set the stage for the boundless innovations that we live by today. It is true that our ancestors didn’t invent skyscrapers and space shuttles, but such innovations have only become possible because someone else before us had kindled the spark of creativity.

In general, our past is a precious archive of our shared journey, and this cherished heritage should be used to foster unity and peace.

Tell me about the greatest achievement of your academic career so far?
Successfully finishing my Ph.D. despite the many obstacles I faced in graduate school.

Current (historical) events students should know about?
I personally believe global warming is real, and could pose an imminent threat to human survival. In light of this reality, there are compelling reasons to reflect on our antiquity and futurity – how did we come this far and where do we go from here?

As with our past, the destiny of humanity will likely hinge on future climate conditions. However, natural processes are not the only forces that are shaping human habitat this time. Human needs and decisions are transforming the environment in dramatic ways. Thus, all of us, but particularly those of us who are privileged to have access to education have the obligation to be keen advocates of environmental justice.

Among other things, students should be active role models in changing the custom of over-consumption of resources. 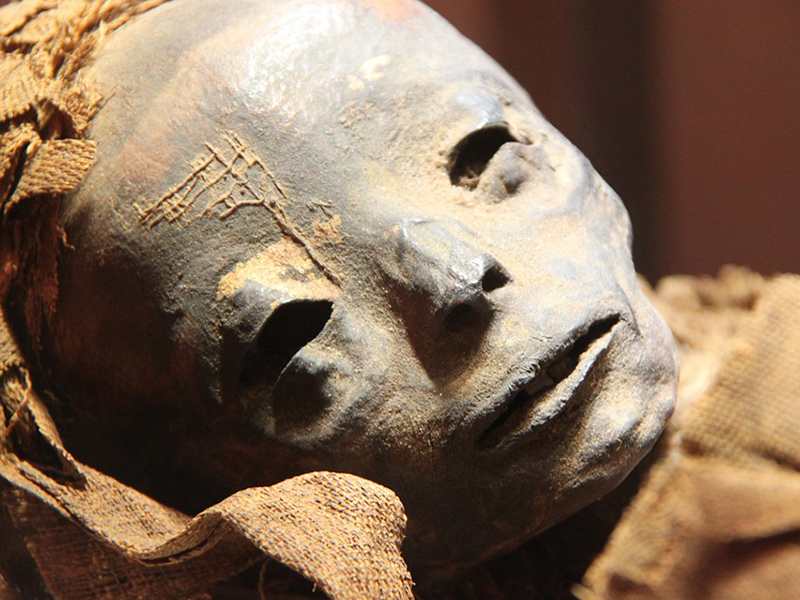