I think, therefore I INQUIRE

Biology Prof. Lee Dugatkin’s book, "Mr. Jefferson and the Giant Moose: Natural History in Early America", tackles ideas of European supremacy and the inferiority of the United States through the lens of natural history. In this Q&A, we learn who most inspires Dr. Dugatkin, and how to do research in some of the coldest places on Earth.

Biology Prof. Lee Dugatkin’s book, Mr. Jefferson and the Giant Moose: Natural History in Early America, tackles ideas of European supremacy and the inferiority of the United States through the lens of natural history. Thomas Jefferson worked tirelessly to disabuse the French of their notions of American degeneracy – so much so that an American moose so enormous a European reindeer could walk under it became the cornerstone of his campaign.

Dr. Dugatkin is no stranger to uniting academic inquiry with broader social and cultural history, and his research focuses on the evolution of sociality, like cooperation, aggression and networking.

He will be giving a talk as part of the Beer with a Scientist program, at 8 p.m. on Wednesday, May 11 at Against the Grain Brewery, 401 E. Main St. A 30-minute presentation will be followed by an informal Q&A session.
http://events.louisville.edu/event/beer_with_a_scientist_how_natural_science_shaped_american_politics#.VzDL4oQrIdU

In this Q&A, we learn who most inspires Dr. Dugatkin, and how to do research in some of the coldest places on Earth.

What is the focus of your current research?
My two main areas of research interest are the evolution of social behavior, including the evolution of cooperation, the evolution of aggression, the interaction between genetic and cultural evolution, and social networks in nonhumans, and the history of science.

Who had the greatest influence on your career path?
That's a good question -- I rarely get asked this, so it was fun to give this a think. I'd say my Masters advisor, Jerram Brown, and my Ph.D. advisor, David Sloan Wilson are at the top of that list. Other folks that I know and who had a profound interest on my development as a scientist were W.D. Hamilton, John Maynard Smith, George Williams and Robert Trivers, all of whom were fundamental in developing the conceptual and theoretical underpinnings that modern work in evolution of social behavior rests upon.

If funding were unlimited, what would you choose to research?
Developing an umbrella theory for the evolution of sociality.

What is something your colleagues don’t know about you?
I possess what is arguable the largest collection of hotel "do not disturb" signs on the planet.

Besides science and history, my loves include traveling to very far off places (the more remote, the better), baseball (especially The New York Yankees), collecting antiquarian books, and watching Seinfeld.

Who or what inspires you?
The diversity and complexity of life on earth.

What’s the most thrilling or adventurous thing you’ve ever done?
For a new book I am working on I have been to Siberia twice in the last four years. During one visit the mercury dipped to -35 F, which poses all sorts of unexpected logistical problems. On the way back from Siberia, I stopped in Moscow and visited the Kremlin. I made a wrong turn in there, and was quickly corrected by a menacing soldier carrying a machine gun. 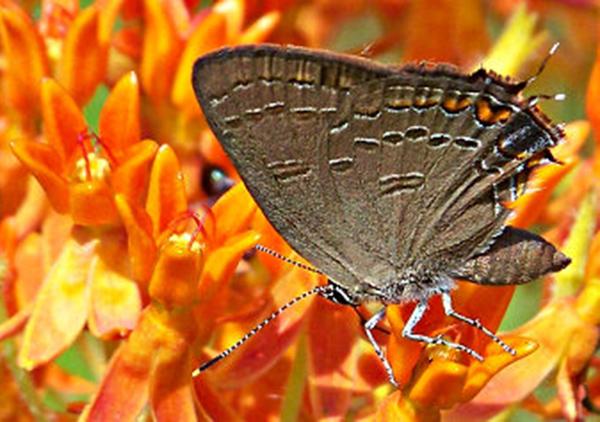 Find out more about the Biology Department in the College of Arts and Sciences.