As my first full semester at UofL draws to a close, I am so inspired by the images everywhere of awards and their smiling winners. At last week’s A&S Celebration of Excellence, it was a thrill to see all of our hard work come together. You can view photos from the event here and see a list of winners with quotes about them here. After two years of Covid, I think many of us gained a new appreciation for how satisfying in-person office parties can be.

While it’s encouraging to applaud our colleagues who won awards, in Covid times every single member of our faculty and staff deserves recognition for their resilience and perseverance. I so appreciate the faculty who are teaching students whose academic skills have deteriorated during Covid; the researchers who locate funding for their ideas despite limited resources; the staff who do their job and someone else’s because of downsizing, or FMLA, or vacancies that have lasted longer than expected. All of this unfolds amidst the feelings of uncertainty that come with there being so many interim leaders at every level—who are themselves dealing with the uncertainty inherent in being an “interim.” Despite all of these challenges, great things are happening in A&S because you showed up. Your contribution is incredibly valuable, whether you won an award this year or not. Thank you, and read on for a sampling of these great things. 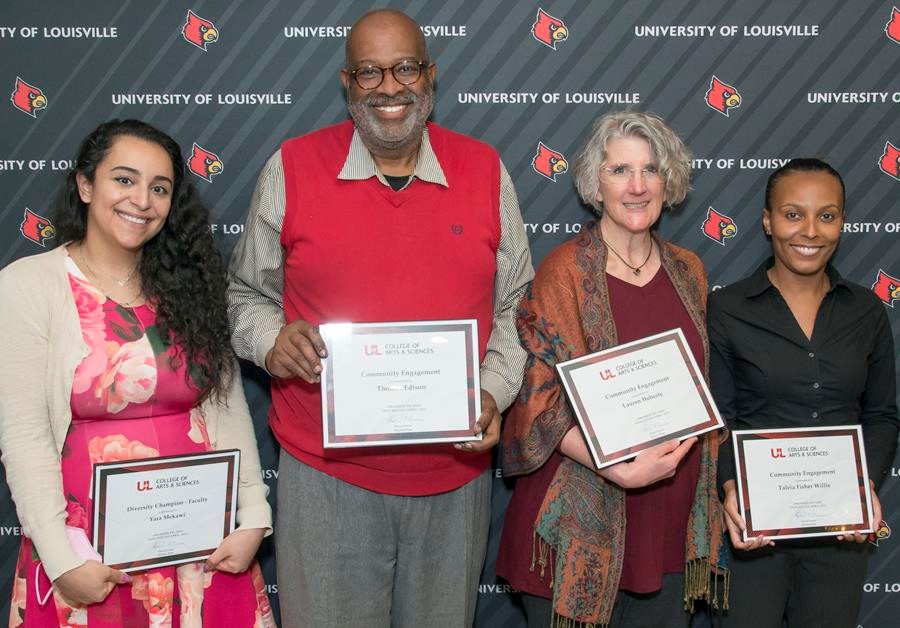 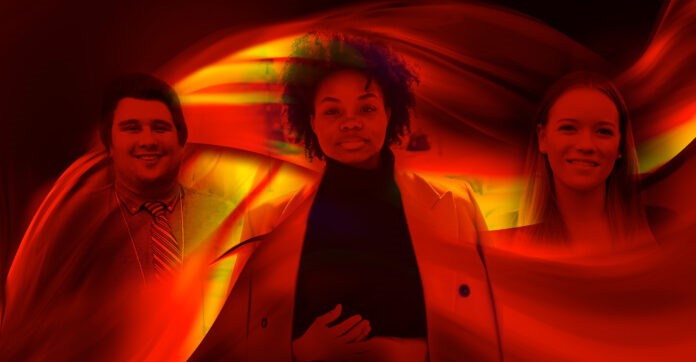 Goldwaters, and Fulbrights, and Borens, oh my! A&S students are winning prestigious national and international scholarships in record numbers, outperforming other universities in the region including the University of Cincinnati and the University of Kentucky. UofL attracts outstanding students who know that our fabulous faculty and staff will create learning environments where their talent can reach its full potential. Congratulations to the following students, and to the faculty and staff who taught, mentored, and supported them.

Recognizes U.S. sophomores and juniors pursuing research careers in math, science and engineering, and is the preeminent undergraduate award of its type in these fields. Read more.

Kudos also to the artist in OCM who created the composite image above of the Goldwater winners depicting them as the superheroes they are! Left to right, Trombley, Tagnedji, and Porter.

Offers research, study, and teaching opportunities in over 140 countries and is administered in the U.S. by the Department of State’s Bureau of Educational and Cultural Affairs.

Provides funding for up to one year of immersive study abroad in languages and regions of interest to U.S. national security.

Designed to introduce and connect generations of future American leaders to the island of Ireland, while recognizing and fostering intellectual achievement, leadership, and a commitment to community and public service. Only 12 scholars nationwide are chosen each year.

For college juniors and Kentucky teachers, intended to promote the advancement of knowledge in an expanding global community.

Sam Gilliam, a pioneering abstractionist artist who earned Bachelor’s and Master’s Degrees in Fine Arts from UofL in 1955 and 1961, will be the subject of an upcoming exhibition at the Smithsonian’s Hirshhorn Museum and Sculpture Garden. It opens on May 25, runs through September 11, and is entitled, “Sam Gilliam: Full Circle.” Read more. 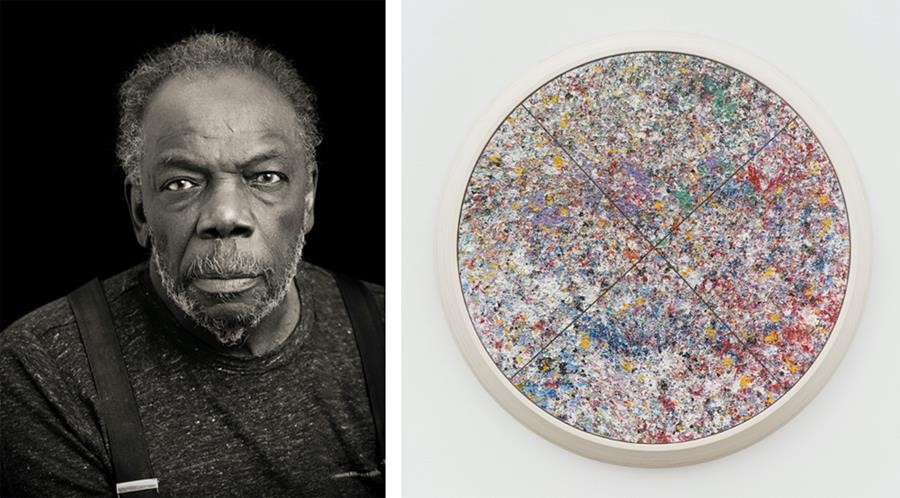 Jeff Hay (Ph.D. ’11, M.A. ’07, B.A. ’05) founded RDI Technologies, built on a UofL invention for detecting and visualizing tiny, otherwise imperceptible motion that may cause damage in bridges, machinery and other large objects. RDI has now been acquired by New York-based industrial and life sciences private equity firm, SFW Capital Partners LP. Hay, who serves as RDI’s CEO, invented the technology with UofL astrophysics researcher John Kielkopf, who mentored him as a doctoral student. The two received a grant to study micro-movements in bridges that can cause stress fractures and wearing, potentially making the structures less safe if left undetected and unaddressed. “Our technology is already helping manufacturers, civil engineers and others lower costs and improve safety by predicting what maintenance will be needed,” said Hay. Read more. 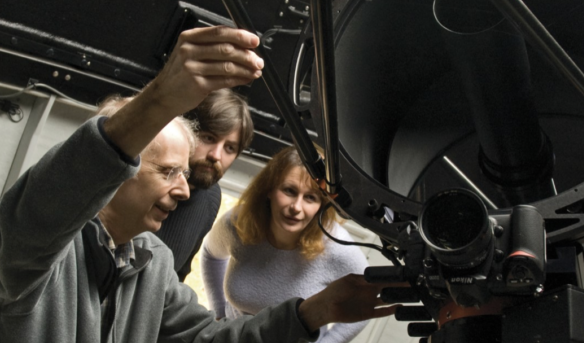 Left to right, John Kielkopf, Jeff Hay, and Karen Collins at work in UofL’s Moore Observatory in Oldham County. Kielkopf is professor of astronomy and Hay and Collins were two of his doctoral students. (UofL Photo)

From the shell wars of hermit crabs to little blue penguins spying on potential rivals, power struggles in the animal kingdom are as diverse as they are fascinating, and Professor of Biology Lee Dugatkin’s new book, Power in the Wild: The Subtle and Not-So-Subtle Ways Animals Strive for Control over Others (University of Chicago Press, April 2022), illuminates their surprising range and connections.

“Timely and fascinating. … Dugatkin’s book is great food for thought regarding the nature of power, equality, and equity, the origins of justice and the origins of sociality in animals—including our own species.” ― Nature Ecology & Evolution

“Power struggles in the animal kingdom are still not entirely understood, not least when they take place in many more arenas and forms than the most obvious one of physical conflict. Spying, deception, manipulation, shifting social networks—all these are covered here. The author looks at more than thirty species across six continents.” ― Bookseller 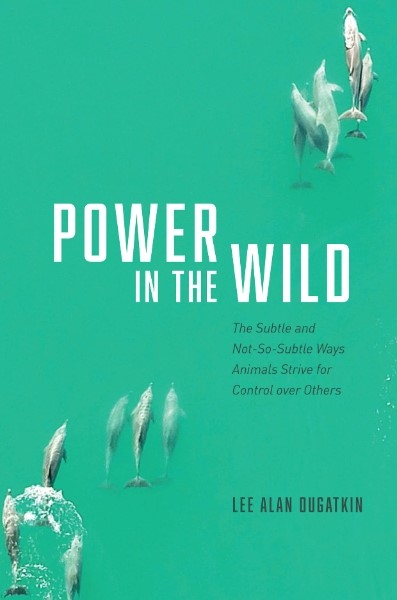 Professor of Strategic Communications Karen Freberg’s expertise on social media has been in high demand recently. Both the New York Times and Newsweek interviewed her regarding Elon Musk’s purchase of Twitter, former President Trump’s new social media platform, and prospects for a liberal alternative.

Thanks to the UofL Resilient Families Project and Lora Haynes, Assistant Professor of Psychological and Brain Sciences, UofL’s first Little Free Library recently opened at Garden Commons, at the southwest corner of Strickler Hall. Just like the Garden Commons itself, the Little Free Library is a space for learning, exploration, and the free exchange of ideas and things we need.

Benne W. Holwerda, Associate Professor in the Department of Physics and Astronomy, led a team that included researchers from Rutgers and University of Cape Town in South Africa, in the discovery of a powerful megamaser—a radio-wavelength laser emission. Read more.

Jennifer Sichel, Assistant Professor of Contemporary Art and Theory, will be featured in the catalog and audio guide for “New York: 1962–64,” opening at the Jewish Museum in New York this summer. “New York: 1962–64” is an exhibition that explores a pivotal three-year period in the history of art and culture in New York City, examining how artists living and working in New York responded to their rapidly changing world. The exhibition will run July 22, 2022–January 8, 2023 and be accompanied by a 350-page catalog, co-published by the Jewish Museum and Skira Editore. Read more.

UofL is a presenting sponsor for the 2022 WFPK Waterfront Wednesdays free Summer Concert Series. On May 25, A&S will have a booth at the event focused on recruiting. We invite you to join us at Waterfront Park and enjoy the featured bands Maggie Rose and Phourist & the Photons. Doors open at 5 p.m. and the concert begins at 6 p.m.

Associate Dean of Research and Innovation Michael Menze helped conceptualize new UofL internal grants, which are are now posted. A&S faculty may be especially interested in the “Programmatic Support” grant and the “Collaborative Mentoring Grant.” These replace the old R1/R2 grants, and the “Programmatic Support” grant is now focused on researchers from the arts, humanities, and social sciences.

Team applications for the summer Undergraduate Mentored Research and Creative Activity awards are due May 16. Read more.

M. Stanley Wittingham, a recipient of the 2019 Nobel Prize in Chemistry for the design and development of lithium-ion batteries, will present two lectures on his life work as part of the Chemistry Graduate Student Association Derby Lecture series. Wittingham will give a technical lecture, “The Lithium Battery: From a Dream to Domination of Energy Storage - Future Chemistry and Materials Challenges,” May 5, 11 a.m. He will give a general audience lecture, “The Electric Economy and Climate Change: The Critical Role of Energy Storage,” May 6, 1 p.m. Both lectures will be at UofL Gheens Science Hall and Rauch Planetarium. Read more.

The Office of Community Engagement is hosting the Community-Based Learning (CBL) Institute again this year on Monday through Wednesday, May 16–18, 9:00 am–1:00 pm each day. It will be held in-person in the Belknap Academic Building (BAB) room 218, with a light breakfast served each morning. The CBL Institute is for those interested in integrating service-learning into an existing course or who want to develop a new service-learning course. Here is the link to register, or contact Dr. Henry R. Cunningham, Director of Community Engagement, h.cunningham@louisville.edu.