Nov. 12, 2012 - Barbara A. Perry, a political science professor at the University of Virginia's Miller Center, is the author of 'Rose Kennedy: The Life and Times of a Political Matriarch.' 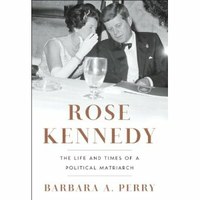