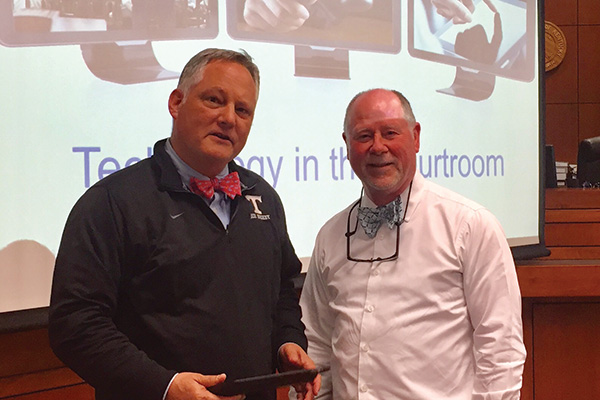 I am so tired of the Kentucky jokes.

When I accepted this job, a friend of mine who lives in Boston said, "I could never live in one of those states again."

"Those states?" I asked. She explained that she was "talking about those backward states."

Wow. Those "backward states?" And, sadly, she is not alone — I can hardly the count the number of times that people start in with “hillbilly” jokes.

Now, I’ve lived for significant period of my life on both the East and West coasts, and I’ve also lived in the "Deep South" — Georgia and Louisiana — for long periods. So I have some basis for comparing the strengths and weaknesses of a wide range of places people call home. And Louisville, Kentucky, is anything BUT backward.

Indeed, after a little less than four months here, I constantly find myself wanted to shout out from the rooftops — loud enough for my coastal friends to hear — that Louisville is one of the most diverse, vibrant and innovative cities I’ve had the pleasure to live in.

This point powerfully came home to me this week when I met Circuit Judge McKay Chauvin and Dinsmore & Shohl partner Patrick Michael at a courtroom in the Jefferson County Circuit Court.

Both are friends of the Brandeis School of Law. Judge Chauvin has been an adjunct professor here and was awarded the law school's Dean's Service Award in 2016. We are proud to claim Mr. Michael as an alumnus.

For much of the past three years, Judge Chauvin and Mr. Michael have worked with a team to on the Jefferson Courtroom Upgrade Project, or JCUP.

JCUP, now a project of the Louisville Bar Association, allows lawyers, judges, court staff and jurors to enjoy what may well be the most sophisticated interactive courtroom experience available anywhere in the US. Lawyers can show three visuals at once, cued to sound as needed (a 911 call, for example.) The entire record is digitalized, obviating the need for courtroom reporters and reducing the possibility of human error. One feature allows projection of exhibits that can focus in on tiny details with astonishing clarity.

And this was all accomplished by a team led by Mr. Michael and Judge Chauvin, who recognized that new technologies and the way we all now consume information needed to find expression in the courtroom.

JCUP is but one example of the innovation I’ve witnessed here in Louisville. I’m proud to be part of this city’s law school and look forward to what we can accomplish with the local bench and bar for the good of our city.