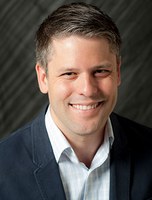 My colleague Justin Walker recently blogged about his admiration for and time spent clerking with retiring Supreme Court Justice Anthony M. Kennedy. Days later, the news broke that the president was nominating Judge Brett Kavanaugh, of the District of Columbia Court of Appeals, to fill Justice Kennedy’s seat. Because Professor Walker also clerked for Judge Kavanaugh, he became something of a media star, doing more than 75 radio, television and print interviews in a little over a week. I wanted to take this opportunity to allow Professor Walker to share some personal reflections on Judge Kavanaugh. Here they are: 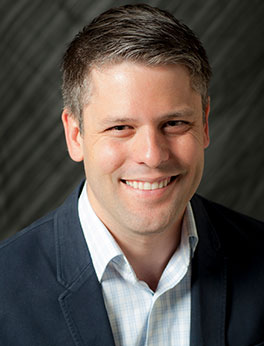 When Justice Anthony Kennedy announced his retirement, speculation about his replacement quickly swirled. The president was reportedly considering a handful of judges, including his future nominee, Brett Kavanaugh. Since I clerked for Judge Kavanaugh and Justice Kennedy, I began to write and speak about both. Here are a few thoughts on that process, and on Judge Kavanaugh.

My summers tend to be quite quiet and solitary. But a couple Thursdays ago, I paused my summer research, pulled up Skype on my laptop, and sat for an interview with a local news station in New York. The journalist was a former college classmate, and the interview was so unexpected that I had to borrow a collared shirt from a friend whose house I was working at.

Even more unexpected was that over the next two-plus weeks, I’d do about 75 more television, radio, and print interviews. Over one particular 30-hour period, I found myself on CNN, MSNBC, Fox News (twice), Fox Business (three times), Bloomberg TV, WHAS, and Mitch Albom’s radio show. That final one was a particular treat for me because as a kid, I used to watch Albom on ESPN, and I listened to his tear-jerker Tuesdays with Morrie on a road trip with my mom.

In many of these media interviews, I emphasized that Judge Kavanaugh is exceptionally qualified. With 12 years on the second-most-important court in the country, 300 opinions, and an unparalleled 13 vindications by the Supreme Court, Kavanaugh’s credentials are, to put it mildly, strong. The day after his nomination, a front-page USA Today article began, “On paper, Brett Michael Kavanaugh may be the most qualified Supreme Court nominee in generations.”

In addition, I’ve also talked to the media about Kavanaugh’s character, and I’m not alone there. Several critics have written columns saying they’re tired of hearing from all of Kavanaugh’s supporters about how he coaches his young daughters’ basketball teams, serves meals to the homeless, and thinks of his trailblazing mom — a teacher, turned prosecutor, turned state judge — as the real “Judge Kavanaugh.” Who cares, they say, that Brett Kavanaugh’s a nice guy?

Those critics have prompted me to reflect on why I’ve spent so much time talking about Judge Kavanaugh’s character.

First, and perhaps most simply, I’ve talked about his character because nothing else about him has mattered more to my life and my career. To his former clerks, the judge is a mentor, an advocate, and a friend. His decade of supporting me through thick and thin is what first comes to mind when I think of him, rather than, for example, whether he believes courts tend to be overly deferential to administrative agencies (he does) or whether judges should be faithful to judicial precedents (yes on that one too). As another former clerk, Amit Agarwal, wrote:

“It has been 11 years since I left the judge’s chambers, and . . . I still call him for guidance whenever I have to make an important decision. His response is always the same: He listens carefully, offers his own view, and then asks a simple but extraordinarily generous question: ‘How can I help?’ I can count on one hand the number of people in my life who regularly ask me that question and mean it. It is astonishing to me that one of them is a former boss who also happens to be one of the most distinguished judges in the country.” 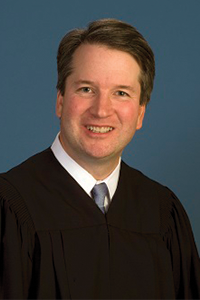 Third, my point about Kavanaugh’s character goes beyond “he’s a nice guy.” Take, for example, his approach to hiring law clerks. Because he hires left, right, and center, his clerks have gone on to work for liberal, conservative, and moderate justices, including Justices Kagan, Sotomayor, and Breyer. As Professor Amy Chua of Yale wrote:

“Many judges use ideological tests in hiring clerks. Judge Kavanaugh could not be more different. While his top consideration when hiring is excellence — top-of-the-class grades, intellectual rigor — he actively seeks out clerks from across the ideological spectrum who will question and disagree with him. He wants to hear other perspectives before deciding a case. Above all, he believes in the law and wants to figure out, without prejudging, what it requires.”

This suggests Kavanaugh values independence and fair-mindedness in his approach to his job as a judge. We can learn something about the kind of justice he will be from the kind of employer he has been.

Take another example related to clerk hiring: more than half his clerks have been women, and more than a quarter have been diverse. Taken alone, that statistic doesn’t tell us much. But his female clerks eloquently expanded on this in a letter to the Senate Judiciary Committee:

“We know all too well that women in the workplace still face challenges, inequality, and even harassment. Among other things, women do not enjoy a representative share of prestigious clerkships or high-profile legal positions. But this Committee, and the American public more broadly, should be aware of the important work Judge Kavanaugh has done to remedy those disparities. In our view, the Judge has been one of the strongest advocates in the federal judiciary for women lawyers.”

One of Judge Kavanaugh’s former clerks, Caroline Van Zile, recently wrote about this from a personal perspective:

“In a profession that often feels overwhelmingly male, the judge has been a champion for women. The vast majority of women who clerked for the judge have gone on to secure prestigious Supreme Court clerkships. They have also worked in all three branches of government. Every time I have faced a career decision, the judge has been there for me, willing to write a letter, make a phone call or just talk things through.”

I’m new to talking to the media, and cable news interviews usually last only a few minutes. Nevertheless, in hindsight, when I’ve done media interviews about Judge Kavanaugh, I wish I had been more precise about why I think his character matters and why his personal qualities speak to values that matter in a judge. I’m grateful to Dean Crawford for the opportunity to begin to do that here.