There is something special about awards determined by students. Students are at the center of our mission, and hearing from them about how our faculty and staff have contributed to their success is always gratifying. Recently, President Gonzalez announced this year’s slate of Student Champions, recognizing faculty and staff “who went above and beyond in creating meaningful educational experiences and helping them overcome challenges.” Of the more than 500 Student Champions recognized, fully one-third are from A&S. We may be the biggest college at UofL, but we also “punch above our weight” in terms of our impact on students. To those 172 among you, thank you for your compassion, dedication, and expertise. These students are our future leaders, citizens, and alumni, and they will not easily forget how the College of Arts & Sciences nurtured them during this pivotal time in their lives.

Blood at the Root, by Dominique Morisseau

Nefertiti Burton will direct Dominique Morisseau’s Blood at the Root to open the Theatre Department’s mainstage season on Sept. 23–30. Faculty are especially encouraged to consider co-curricular opportunities with this powerful work by one of the most highly regarded playwrights working in America today. Blood at the Root is inspired by events at a Louisiana high school that led to unjust charges against six black students in the town of Jena in 2006. The boys became known as the Jena 6. National demonstrations and protests followed their arrest and presaged the emergence of the Black Lives Matter movement. Additional background on the Jena 6. The playwright is a MacArthur “genius grant” recipient whose Obie Award–winning play Skeleton Crew has been running on Broadway since January. Tickets will be available soon on Eventbrite or by calling the Theatre Arts Department Box Office at 502-852-7862.

Congratulations to Michael Lindenberger, Political Science ’03, for winning a 2022 Pulitzer Prize in editorial writing for the series “The Big Lie,” detailing tactics to restrict voting, rejecting claims of widespread voter fraud, and advocating for voting reforms. A member of a team of four journalists with the Houston Chronicle who each won a Pulitzer for the series, Lindenberger, 51, called the achievement “super affirming.” Read more. 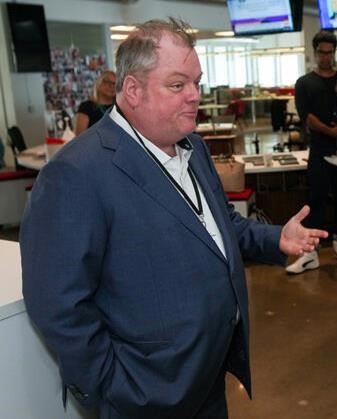 It was another bountiful year of Fulbright Awards from the College of Arts & Sciences! Six A&S scholars have been awarded 2022-23 Fulbrights. They join three other UofL Fulbright scholars for a total of nine who will be promoting international goodwill this year through education and cultural exchange. Since 2003, UofL has produced 159 Fulbright scholars, more than all other Kentucky public institutions combined, and has been named a top producer of Fulbrights in the United States seven times. Read more. 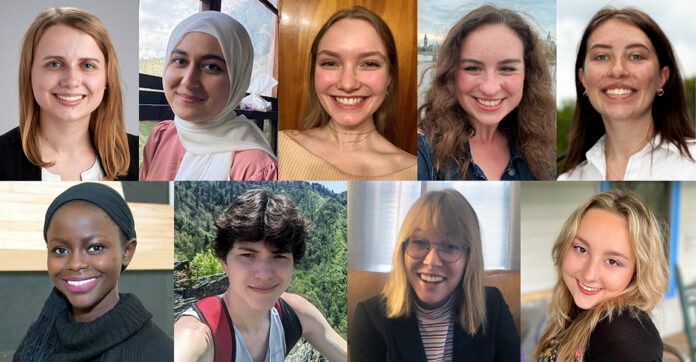 Congratulations to Cheri Levinson, associate professor in the Department of Psychological & Brain Sciences and founder of the Eating Anxiety Treatment (EAT) Lab and Clinic and its Body Project, directed by clinical psychology doctoral student Brenna Williams. The Body Project is a program for high schoolers aimed at preventing eating disorders and promoting a healthy body culture. It is planning to expand to serve more diverse student populations after receiving funding from the Jewish Heritage Fund (JHF). The Body Project recently received $125,000 from JHF, which provides grants aimed at improving health outcomes and supporting medical research in Louisville and Kentucky. Read more. 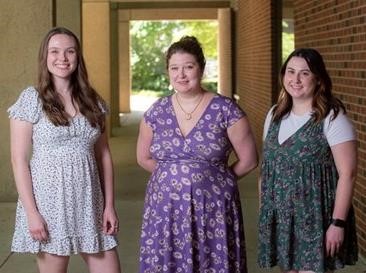 Kudos to Sergio B. Mendes of Physics and Astronomy for receiving $135,000 from the U.S. Defense Advanced Research Projects Agency (DARPA) for the project “ Multilayer Pyroelectric Receiver for High-Efficiency High-Power Wireless Power Transmission,” a collaboration with Bikram Bhatia, UofL professor of mechanical engineering. 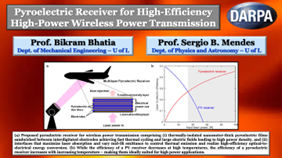 Congratulations to Dr. Paul J. Rosen, Ph.D., Assistant Professor of Psychology and director of the RACER Lab (Research on ADHD and Children’s Emotion Regulation) in the Department of Psychological and Brain Sciences for receiving a $28,000 grant from the WHAT Crusade for Children, Inc. Established in 1954 by WHAS-TV, this campaign raises money for agencies, schools, and hospitals to make life better for children with special needs. The people of Kentuckiana responded generously again this year, and UofL’s grant will be used for salary support for clinical psychology services as well as computer and office supplies.

Professor of Strategic Communication Karen Freberg has published a new handbook titled, The Emerald Handbook of Computer-Mediated Communication and Social Media. Her co-editors are Jeremy Lipschultz, University of Nebraska-Omaha, and Gina Luttrell, Syracuse University. The book has 40 chapters from 75 authors from around the world.

Former Associate Dean for Undergraduate Education Linda Fuselier was interviewed on the Faculty Feed podcast about her efforts in evaluating teaching in A&S. You can listen to that episode, “Peer Observation and Evaluation of Teaching with Dr. Linda Fuselier.” Faculty Feed is also available on any of the major podcast platforms (Apple, Spotify, Google, etc.). We wish Dr. Fuselier well in her new role as Chair of the Biology Department!

On the cutting edge of cancer research, chemistry professors Craig Grapperhaus and Robert Buchanan were part of a team of inventors on a newly issued U.S. Patent for novel copper-centered compounds proven to have a high selectivity for eradicating lung tumor cells as potential therapeutics. The National Science Foundation and the Kentucky Science and Engineering Foundation funded this technology.

Political Science professor Chuck Ziegler recently traveled to Oklahoma to address the Tulsa Committee on Foreign Relations, speaking on “Russia: Shunned in Europe, but welcomed by the rest?” in which he explored how the Russian invasion of Ukraine has been viewed outside of Europe, for example in India, China, South America, and the Middle East. You can listen to his interview on Tulsa Public Radio here.

The Hite Institute of Art and Design family mourns the passing of internationally renowned artist and Hite alum Sam Gilliam. Gilliam graduated with his B.A. in Art from UofL in 1955 and his M.A. in Painting in 1961. Many of his artworks can be seen across UofL’s campus, and he currently is the subject of a solo exhibition at the Smithsonian in Washington, D.C. A flurry of remembrances underscore the magnitude of Gilliam’s reputation, including in the Washington Post, the Guardian, the Courier-Journal, and LEO Weekly. John Begley, Gallery Director and Assistant Professor, Emeritus, Hite Institute of Art & Design, published a moving personal remembrance of Gilliam in Arts-Louisville.com. Hite professor John Whitesell said, “The thing to know about Sam is that he was a master of color. I think of Sam Gilliam as the most famous visual artist from Louisville. He is definitely the most famous artist to emerge from Hite.” Gilliam’s legacy is such that more tributes are sure to follow. 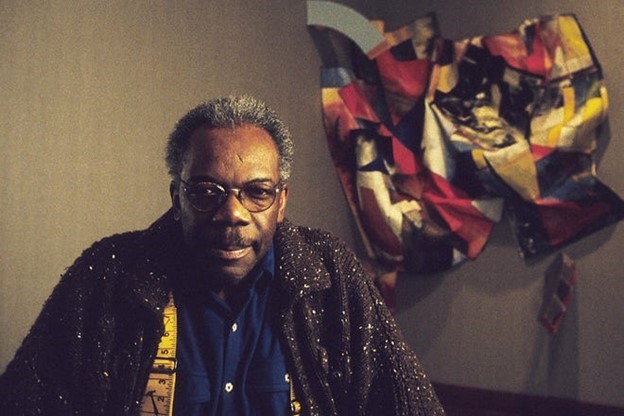 Photo of Sam Gilliam courtesy of the Louisville Courier-Journal

Poet and essayist Frederick Smock, professor of English and director of Creative Writing at Bellarmine University and a former Kentucky Poet Laureate, died on July 17, 2022, of a cardiac-related issue. He was 68 years old. A Louisville native, Smock earned a master’s degree at UofL, where he studied creative writing with renowned novelist Sena Jeter Naslund.

“I knew from the beginning that Fred was a rare and special talent,” Naslund said in a 2017 profile. “He doesn’t just want the right word. He wants what I would call the gleaming word—the word that has a startling and meaningful appropriateness to it.” Read more. 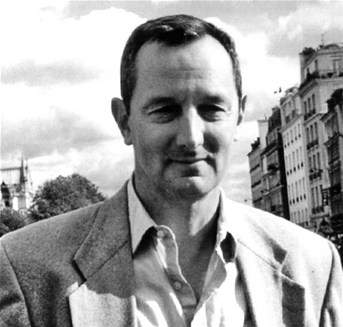 It’s the end of an era in the Hite Institute as two beloved faculty, Steve Skaggs and Leslie Friesen, both retire from the Graphic Design Department. Read more about their tremendous legacy and impact on generations of students. 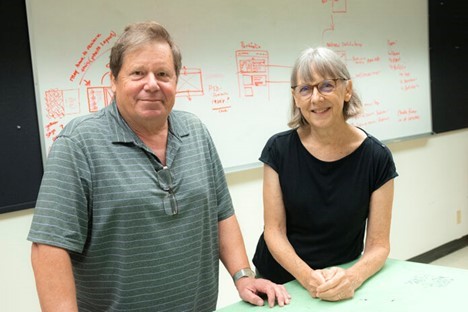 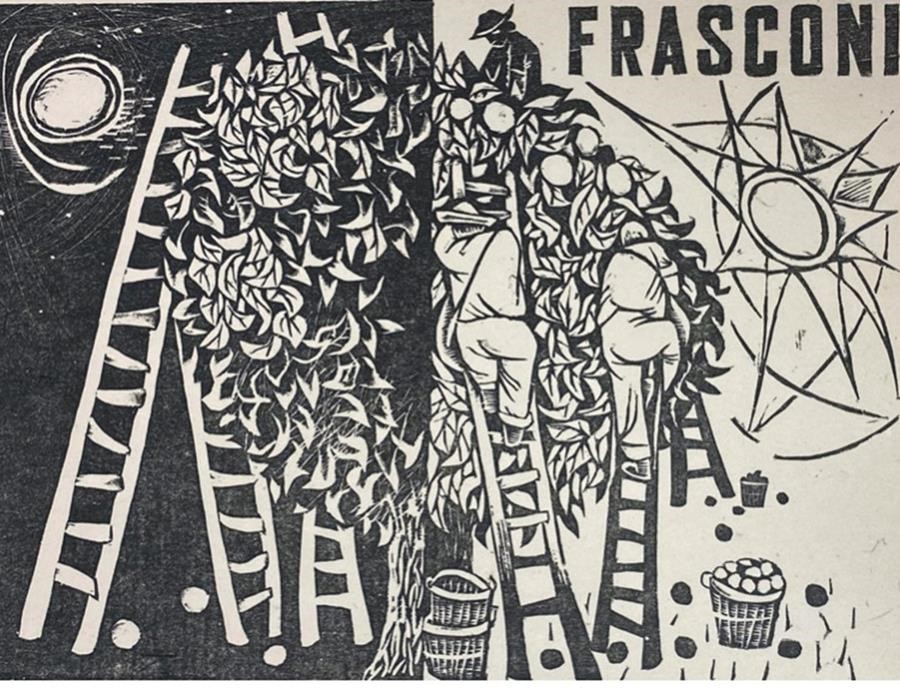 What is and what should be defined as labor? We invite you to enjoy Sites and Sights of Work, an exhibition of 19th-21st-century printmaking that runs through August 26, 2022, at Schneider Hall Galleries, UofL Belknap Campus. It is free and open to the public. Prompted by the COVID-19 pandemic, which radically disrupted daily work routines, this exhibition provides a lens through which to interpret the fluid state of labor. This exhibition is curated by Abby Briney, Nicole Clay, Danielle Deeley, Hollister Doty-Griner, and Lucy Wedding. A closing reception will be held on Thursday August 26, 5:00-7:00 PM.

Early posters and other works by internationally renowned Louisville artist Julius Friedman (1943–2017) are featured in the exhibit The Early Poster Designs of Julius Friedman, 1965-1980, hosted by Photographic Archives, part of UofL’s Archives and Special Collections (ASC).

Friedman was a graphic design graduate of UofL and had a decades-long relationship with the University Libraries. The exhibit is ongoing in the ASC galleries through Dec. 16, and the Photographic Archives gallery has been named in Friedman’s honor. Read more. 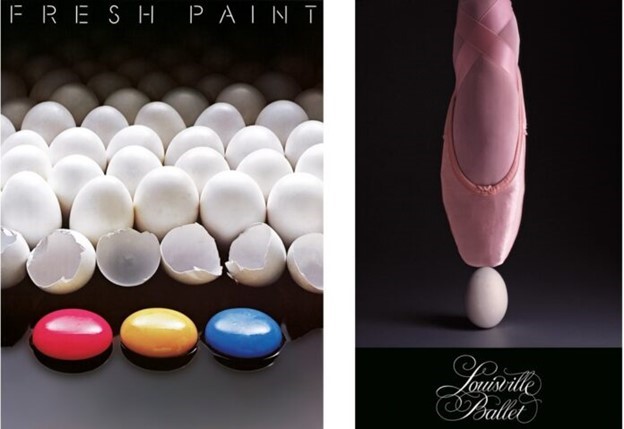