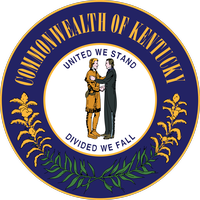 Benjamin Whitlock, a 2015 McConnell Scholar, has been named student intern director to the Frankfort Legislative Internship Program at the University of Louisville. Whitlock previously served in the program and has been promoted to student director for his second year.

The Frankfort Legislative Program allows UofL political science students to work alongside state legislators. According to faculty intern director Jason Gainous, PhD, around 30 students participate each year to "learn about leadership responsibilities as well as develop legislative process skills." Interns work Tuesdays and Thursdays during the legislative term and receive academic credit for their participation.

Whitlock studies history and political science at UofL. He is a 2011 graduate of Green County High School.

Grout is pursuing majors in political science and history with a minor in economics. He serves as vice president of his fraternity, Kappa Sigma, and is a Harlan Scholar at UofL, which ensures entrance into the Brandeis School of Law. He is a 2012 graduate of St. Henry District High School.