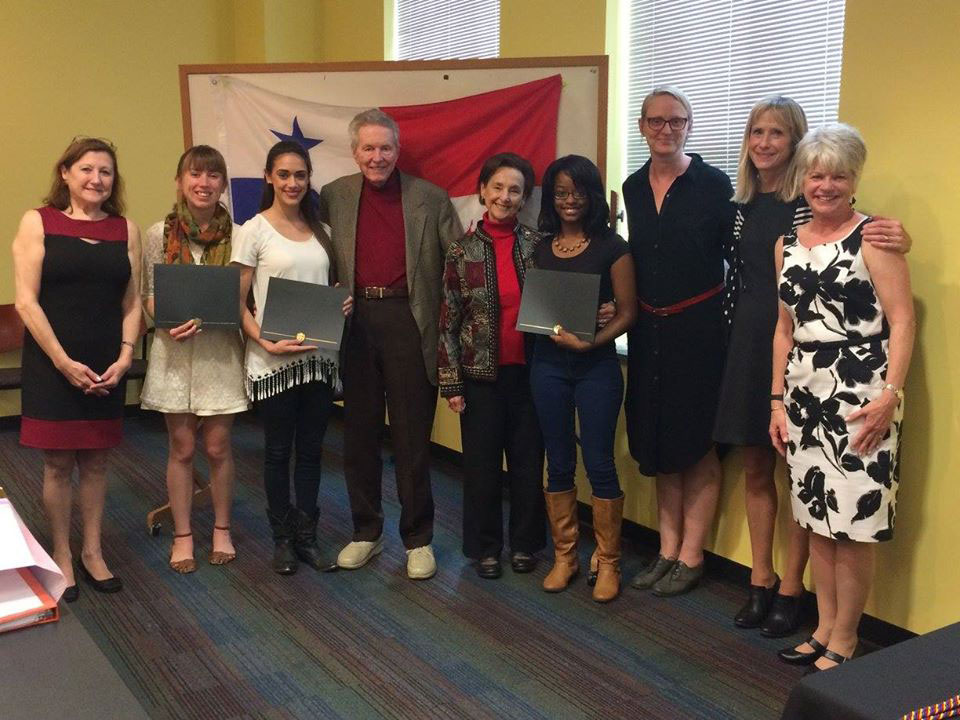 Lewises at the 2017 LALS Spring Showcase.

I first met Dick after he retired from General Electric in 1986, and began to take my Spanish classes at the University of Louisville. He was a stellar student and although he could have taken the courses as an auditor, he took them for credit and was quite proud of all the “A’s” he earned, as indeed he should have been. He worked very hard in those classes and was a role model for the younger students, offering them encouragement and tutoring them on the side.

He also tutored many Cuban immigrants who came to Louisville through Kentucky Refugee Ministries.

He loved learning Spanish, and his favorite subject was history, literature not so much, as he would often tell me. He would call me on the phone at my office and ask me what Spanish class he should take the next semester. One day he called me and instead of asking about classes, as I expected he would, he told me that he wanted to give a nice donation to the Department of Classical Modern Language for a scholarship fund that would enable students to study Spanish abroad and help with the cost of books and tuition. And so the CML Lewis Education Fund was created, and since then hundreds of students have benefitted from the generosity of Richard and Constance Lewis.

When the Latin American and Latino Studies Program was created in 2001, Richard and Connie Lewis created a new scholarship for students to study abroad in Latin America and Spain, and for faculty to conduct research abroad. Since 2001, over two hundred students have traveled abroad as Lewis Scholars and more than 20 faculty have conducted research abroad as Lewis Fellows.

I know that Dick would be so pleased to know that after I posted a tribute to him on the LALS Facebook page, he went “viral,” with so many Lewis Scholars expressing their condolences and saying how much their experiences abroad changed their lives. Dick touched so many lives in his 93 years on this earth. He certainly touched mine and has always been a source of inspiration, and will remain so always.

His wife Connie, truly deserves her given name of Constance because she has been by his side for nearly 70 years as his constant, loving companion. She has always been a strong supporter of the LALS Program, and it was her idea that donations could be made in his memory to the LALS Latin American and Iberian Studies Travel Fund. Richard Lewis will be greatly missed, but his legacy will live on in the lives of all the people he touched with his generosity and caring compassion.

Richard and Constance Lewis Travel Fund for Latin American and Iberian Studies:
Your gift will support our talented students to have the opportunity to develop their intellectual and cultural horizons.