Letter from the Director 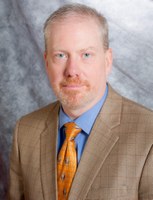 In January of 2000, I came to Kentucky to chair the McConnell Center because I recognized what an outstanding opportunity I would have to meet and work with the most talented young leaders in the state. I have not been disappointed.

Year after year, the McConnell Center has been able to attract outstanding young leaders from across Kentucky to study at the University of Louisville. More than 250 students have received more than $4 million in scholarship money, have met some of the most powerful men and women in the world, and have traveled the world--from Scotland to the farthest reaches of the People’s Republic of China--as part of the McConnell Scholars Program.

If you are an outstanding high school student in Kentucky who is interested in politics and think you have what it takes to be a great leader, I urge you to apply for the McConnell Scholars Program. The deadline is December 15, so don’t delay!

We look forward to reviewing your application.