LOUISVILLE, Ky. – CIA Director Gina Haspel will be at the University of Louisville September 24 to take part in the McConnell Center’s Distinguished Speaker Series. 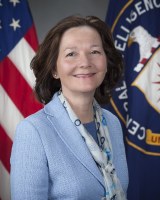 The free, public discussion begins at 9 a.m. in Bigelow Hall, Miller Information Technology Center. The event will be streamed live at McConnellCenter.org.