Class of 2012 departs for the People's Republic of China 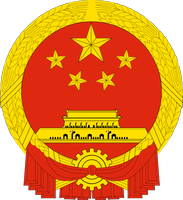 National Emblem of the People's Republic of China

Ten McConnell Scholars are en route to the People's Republic of China, where they will spend the next five weeks studying in and touring Beijing, Xian and Shanghai.

Led by McConnell Center Fellow Dr. Shiping Hua, the group of rising seniors will study China's economic, foreign and domestic policies, communication policies and customs. They will visit Tiananmen Square, the Forbidden City, the Great Wall, the Lama Temple and the Terracotta Army, among other places.

The group will return to the United States June 20. To read more about their adventures, read our blog, "McConnell Center Life."

The McConnell Center started the summer study abroad program to China in 1998.