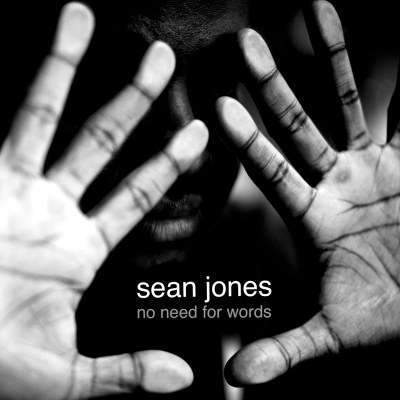 As we've all been told, birds do it, bees do it - but anyone who's actually gone to the trouble of falling in love knows that it's a lot more complicated when humans get involved. Which can make the reality of relationships a bit disappointing for those weaned on a steady diet of radio-friendly love songs, but can also provide a much richer experience than it's possible to describe in a couple of verses and a chorus.

As has become evident over the course of his five previous albums, Sean Jones is particularly adept at plumbing complex emotional depths through his trumpet playing and composing.

So when he set his mind to recording a set of love songs, it should come as no surprise that he delved into the evocative nuances of love rather than the more obvious boys-meets-girl, boy-loses-girl generalities.

"I didn't want to do your typical love songs record that just deals with one aspect of love," Jones explains. "Not just the love from a man to a woman or the positive emotional side of falling in love. I wanted to do an album that really dealt with a few different shades of love."

2010 was certainly a year of change for the trumpeter. In the spring he stepped down from his position as Lead Trumpeter of Wynton Marsalis' Jazz at Lincoln Center Orchestra, a position that Jones held for over half a decade. Additionally, he formed a new relationship with Marcus Miller, joining the bassist this past summer for a European tour.

Now, in 2011, the title of Jones' sixth CD, No Need For Words, sums up his overall approach. This is music that cuts straight to the emotional heart, whether dealing with passion, sensuality, parental nurturing, or spiritual forgiveness. Regardless of the particular feeling involved, Jones and his band communicate directly and movingly.

"It's definitely an emotional statement," Jones says. "I tried to make sure that the melodies I created and the vibe that I put on each particular tune really carried the message rather than having it expressed verbatim." 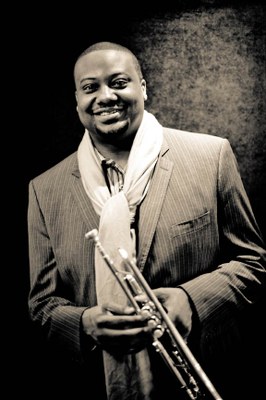 The title track itself, however, refers specifically to one aspect of love in which the verbal becomes unnecessary: the physical, carnal side, represented by some of Jones' most sensual playing, his horn virtually reaching out of the speakers to lower the blinds and light the candles in the room where you listen.

"Look and See", on the other hand, opens the album with a bright, engaging fanfare played by Jones and his longtime frontline partner, alto saxophonist Brian Hogans. The tune represents a far less intimate, more universal brand of love, something that Jones found missing from the repertoire as he prepared the album.

"I was thinking about the universality of love while we were on tour in Russia," Jones recalls, "and I started asking people, 'What do you think about love?' One young lady said, 'Love is all around you. All you have to do is look and see.' I immediately was inspired and started to hear music."

That sort of inspiration is key to Jones' creative process. Despite his penchant for creating albums that revolve around a central theme, those concepts arise out of the music he writes, not vice versa. "I allow the music to dictate what kind of album I'm going to put out," he says. "I don't like to write music that's contrived. For the past couple of years I've really been dealing with different types of love, so that's the music that's been speaking to me lately."

Jones' parents have both figured into that line of thinking. The gorgeous melody of the soulful "Momma" is such that, despite the album title, listeners may find themselves searching their memories for a forgotten lyric; it's the type of song that instantly insinuates itself into the consciousness, seeming as familiar as a half-forgotten song. "Lately I've been seeing how my mother is getting older and I just want to make sure that she knows I love her and I appreciate what she's given to me," Jones says. "She's not old by any means, but I wanted to give her her flowers while she's living."

With a darker but ultimately redemptive view of the parent-child relationship, the gospel-inflected "Forgiveness (Release)" deals with the composer's long-held feelings toward his father. "'Forgiveness' is specifically about letting go of the anger I had harbored up towards my father. It wasn't necessarily about forgiving him or accepting his apology as much as it was about letting the situation go. I think that's really what forgiveness is about, getting rid of the actual happening of the event so that you can move on with your life."

Anger also enters into romantic relationships, expressed in the electrically-charged "Love's Fury", which features guitarist Matt Stevens responding to Jones' request for a savage growl. "I told him, 'I want it to sound like some kind of animal is going to come through the speakers and rip you apart.' I tried to make it sound as nasty and evil as I possibly could."

The disjointed, angular stop-start of "Touch and Go" depicts the back-and-forth, love-hate, on-again/off-again aspect of many relationships, while Hogans' "Obsession (Cloud Nine)" reflects just what the title suggests, the all-consuming nature of love. But Jones' view of love isn't all so jaded; "Olive Juice," driven by Khalil Kwame Bell's churning percussion, was inspired by a friend's newfound love and takes its title teasingly from an episode of Friends.

Despite the multifarious views of amour represented on No Need For Words, an entirely different type of chemistry runs throughout the album - that between Jones and his bandmates, the core of whom are together for their fourth CD in five years. Jones assembled the rhythm section for his 2006 album Roots, after observing the fact that Miles Davis' groups were comprised not of the legendary trumpeter's friends but from the strongest available talent.

"Miles didn't really hire his boys," Jones says, who plans to tour with Herbie Hancock, Marcus Miller and Wayne Shorter in Europe this summer, a direct nod to the Miles Davis legacy. "Miles just went out and got the people he thought would fit best together to create something new. I think it's easy to hire people that you're comfortable with: we know them, we know they can play, we'll know they'll get it done. But I tried to pick people who I'd played with but didn't necessarily know all that well, bring them together and see what kind of sound came up. And the rhythm section that came out of that is very unique."

No matter what angle they take on the subject, Jones and company's blazing interactions reveals what any jazz fan knows is the greatest love of all: that between an artist and his music. As Jones says, "I like to play from the heart and not the head."