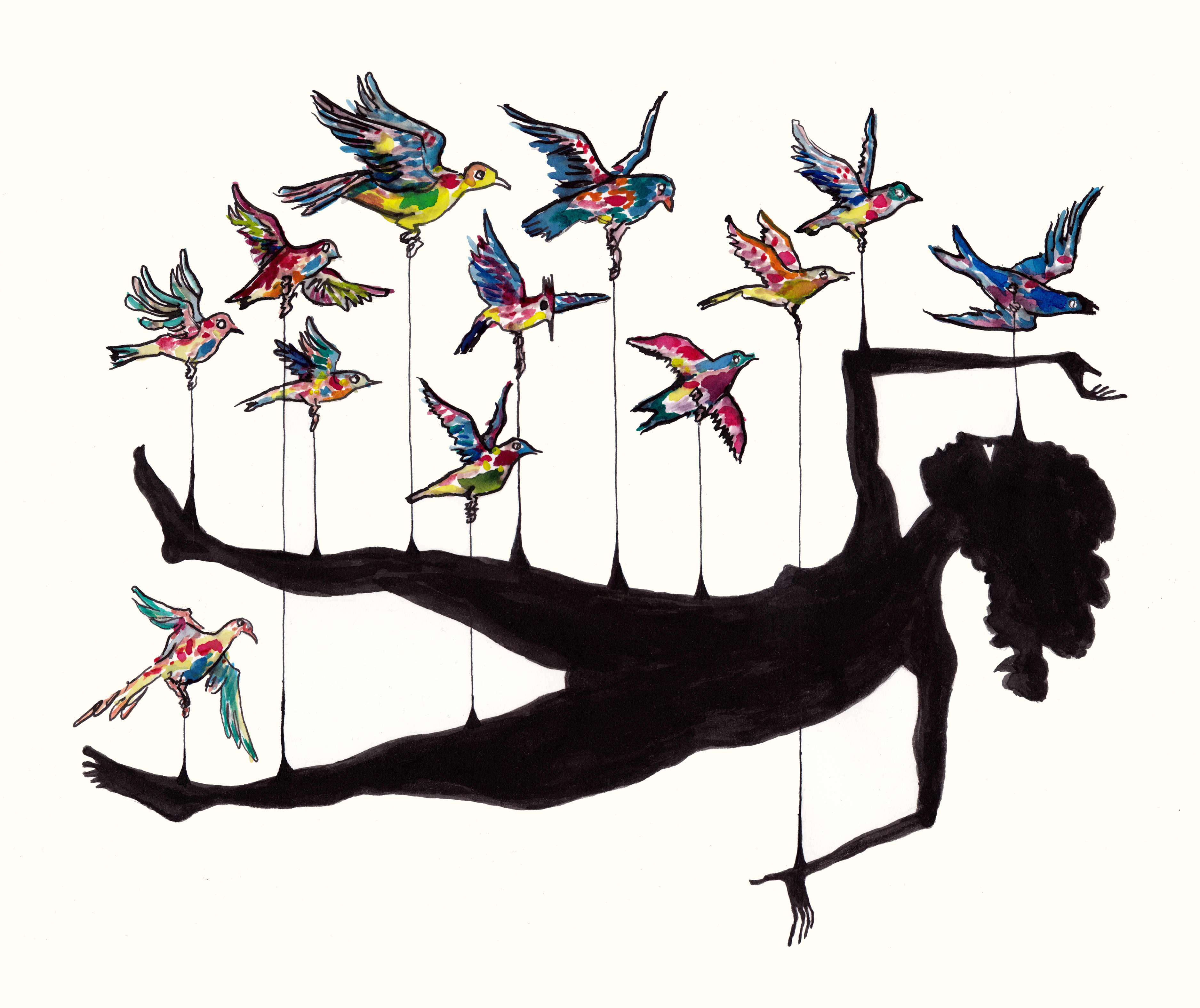 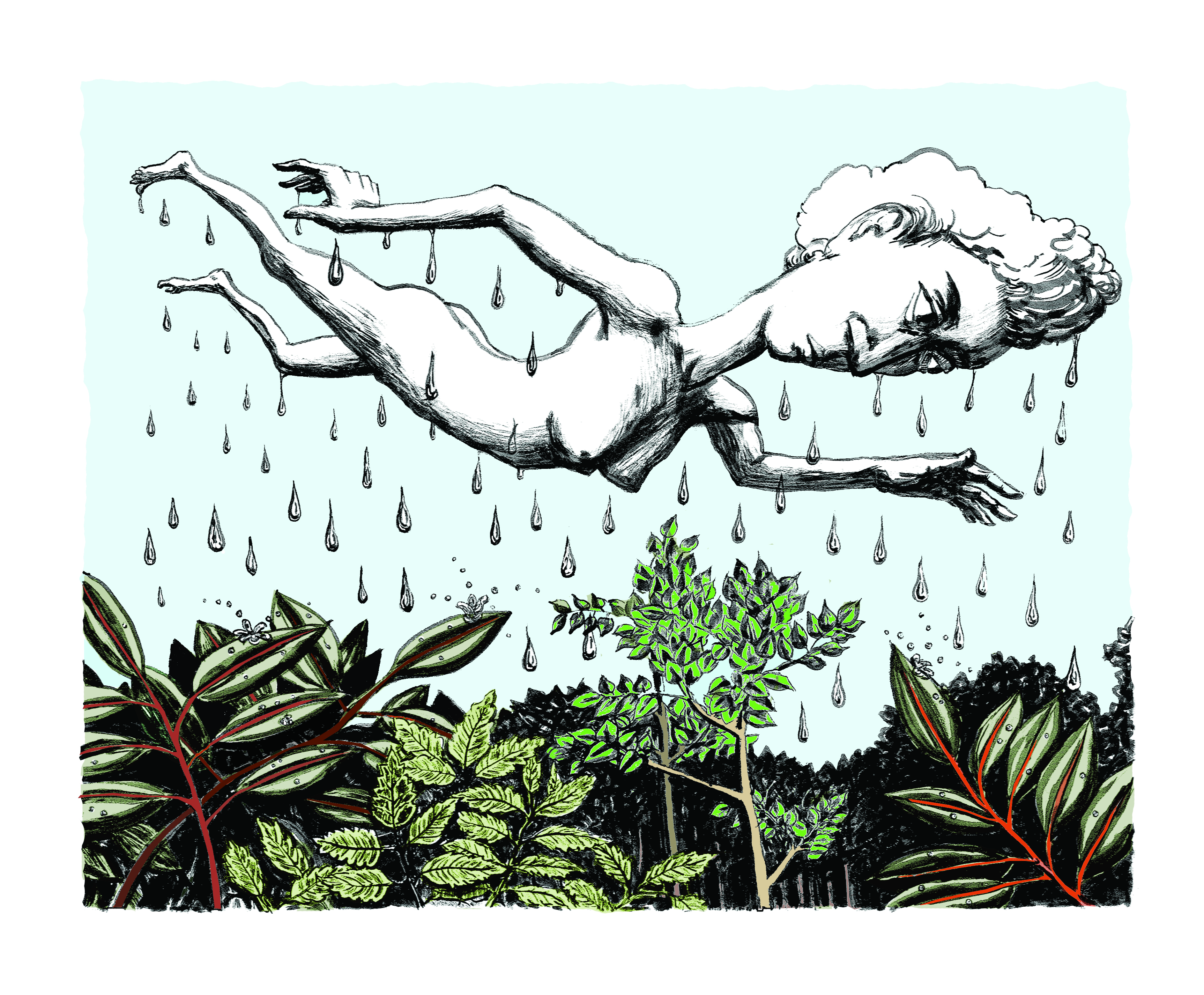 These two artworks were created for a story I wrote, a feminist creation myth called The Seeing Seeds. The book itself hit some obstacles and never got finished, but I wound up with some images I liked. I live and work on a small farm, and much of my work is rooted in that place. I swing between working in that more literal way, and this more metaphorical one. Both ways of working, although polar opposites in some ways, are motivated by the desire to tell a story. Birdwoman and Rained Down (both approximately 11x14) were originally created in ink and watercolor and later digitally altered.

ARWEN DONAHUE lives and works on her family’s farm in Nicholas County, Kentucky. Her artwork and writing have appeared in The Nib, The Rumpus, The Indiana Review, Still, The Women’s Review of Books, and elsewhere. Her comic Old Man Gloom received a Xeric Award, and her comics about farming and feminism have been supported by grants from the Sustainable Arts Foundation and the Kentucky Foundation for Women.