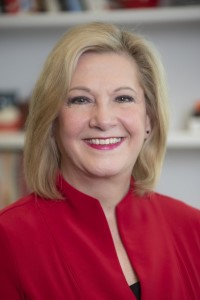 Lori Stewart Gonzalez, PhD, was named interim president at the University of Louisville effective Dec. 13, 2021. She has served as executive vice president and university provost at UofL since April 2021.

Her move to UofL was a homecoming of sorts.

She began her academic career at Southern Illinois University at Carbondale in 1988. In 1991, she returned to UK as an assistant professor in Communication Sciences and Disorders program. She then spent 20 years in roles as a professor and associate dean of academic affairs. In 2005, she was appointed dean of the College of Health Sciences, a position she held for seven years.

In 2011, Dr. Gonzalez moved to Appalachian State University, where she served as provost and executive vice chancellor for three years, followed by a year as special advisor to the senior vice president for academic affairs at the University of North Carolina General Administration, the North Carolina public higher education authority.

From 2015 until the spring of 2021, she served as vice chancellor for academic, faculty and student affairs at the University of Tennessee Health Science Center in Memphis.