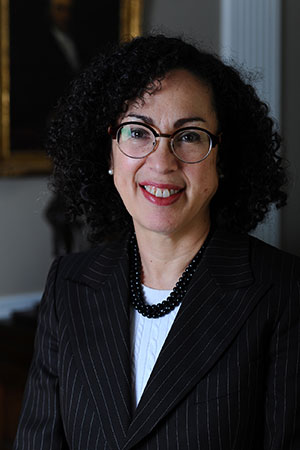 Enid Trucios-Haynes joined the faculty at the Brandeis School of Law in 1993. She is a nationally recognized scholar in immigration law and she has been in the field for more than 25 years. Her teaching focus is in constitutional law, immigration law, international law, and race and the law with an emphasis on issues affecting Latinos.

Trucios-Haynes serves on the Metro Louisville Ethics Commission by appointment. She serves as Vice Chair of the board of the ACLU of Kentucky and on its Executive and Litigation Review Committees, and as Secretary of the board of the Hispanic-Latino Coalition of Louisville. She serves in a leadership capacity in a number of University of Louisville committees including the University Community Engagement Steering Committee, the Faculty Senate and its Executive Committee, the Faculty Senate Redbook Committee, and the Latin American and Latino Studies Program Steering Group.

Trucios-Haynes is a regular speaker on immigration issues and is active in local immigrant rights organizations. She directs an Immigration Externship at Brandeis School of Law, as well as a Public Service Placement which is affiliated with National Immigrant Justice Center. She leads teams of volunteers including law students, local immigration attorneys and local volunteers from religious and other community organizations to conduct  “Know Your Rights” Presentations at the Immigration and Customs Enforcement (ICE) Detention Center at the Boone County Jail in Boone County, Kentucky.

In August 2017, Trucios-Haynes joined more than 100 other law professors and immigration scholars in signing on to a letter to President Trump supporting the legality of Deferred Action for Childhood Arrivals (DACA). 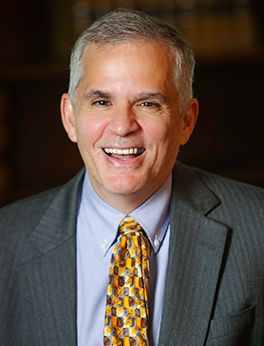 Sam Marcosson graduated from Yale Law School in 1986. After clerking for Judge George C. Pratt on the Second Circuit Court of Appeals, he joined the appellate staff at the Equal Employment Opportunity Commission in Washington, D.C., where he spent the next eight years briefing and arguing cases in the federal courts of appeals. During that time, Professor Marcosson also helped to design and conduct the EEOC's training program for its employees after enactment of the Americans with Disabilities Act before it went into effect in 1992.

Since joining the faculty, Professor Marcosson's research and writing has concentrated on constitutional law (especially the Fourteenth Amendment), and the civil rights issues facing lesbians, gay men, bisexuals, and transgendered people. He has served on the Board of Directors of the National Lesbian and Gay Legal Association, and was the programming coordinator for its annual conference in 1998.  From 2008-2014, Professor Marcosson served on the Coordinating Committee of the Fairness Campaign, Louisville's long-standing LGBT civil rights organization. In 2013, he began service on the Kentucky State Advisory Committee for the United States Commission on Civil Rights.

In 2002, Professor Marcosson published the book, Original Sin: Clarence Thomas and the Failure of the Constitutional Conservatives. It takes a critical look at the record of the Supreme Court's most conservative members, examining whether they have been consistent in applying their "originalist" method of constitutional interpretation, especially in the landmark case deciding the presidential election of 2000.