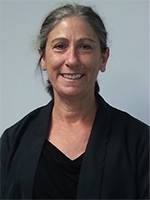 Suzanne Hopf used her involvement with the i2a Part-Time Cohort to integrate concept mapping into her course, Sociology of Human Sexuality. Hopf was inspired in her assignment by a campus visit by Dr. Diane Halpern of Claremont McKenna College, who visited UofL in September 2012 where she offered workshops on critical thinking. Hopf created an in-class exercise that prompted students to consider the various components of the concept map in relationship to content they were exposed to in the course. She added the Elements of Thoughts to the classroom discussion as students were developing their concept maps. Hopf concluded that these exercises “were very useful in getting students to ‘think deeper.’”

Members of 2012 PTF cohort were asked to assess students’ learning and Hopf designed her concept map exercise as the beginning point to help students frame their semester essay. She used the semester essay as a means of formal assessment, following two sessions in which students developed their concept maps. Upon reading and grading the final essays, Hopf concluded that the assignment could be further strengthened by incorporating the Universal Intellectual Standards into class discussions. She plans to redraft her grading rubric to more carefully reflect the Intellectual Standards. She hopes that by doing this, the quality of the individual student essays will more closely reflect the higher quality of in-class collaborative work Hopf witnessed.

Hopf’s feedback from the PTF Cohort was beneficial both in her planning, and in the impact she saw in her redesigned assignments.

The outcome was the most engaged, vibrant, and significant discussions by my students that I have had in the past fifteen years of teaching at UofL.