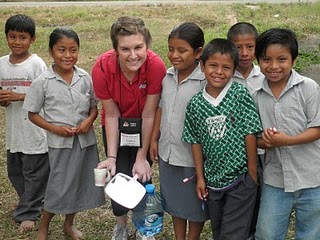 As recently as 10 years ago, the concept of "community engagement" was grounded in pedagogical practices that drew upon Ernest Boyer's conception of "Scholarship Reconsidered."1 In the ensuing years, much of the way the scholarly work and research has narrowed in focus and recently been popularized and systemically promoted nationally as part of the Carnegie Community Engagement Classification process.2

While the movement toward articulating civic purposes in higher education has been gaining prominence for over 30 years, the way that we conceive the purpose of the academy and the purpose of scholarship, which this paper has likened to the concept of democratic engagement, was taking shape slowly and along particular pathways. When UofL first proposed the QEP, we believed we were following the national trends around civic engagement and higher education which have been taking root for the past 30 + years. However, these trends have taken hold in specific practices that do not align with, nor reflect the spirit of, the original conception of democratic education, which is not attributed to the kind of knowledge and expertise generated in the academy, but whether that knowledge and its use is inclusive of other sources of knowledge and problem solving.3

Community engagement is a particular type of engagement, marked by the dual function of outreach partnerships and curricular innovation. Part of our challenge is the articulation of the bridging of "critical thinking" with community engagement. We propose two broad issues are at stake. First, the issue of supporting UofL's commitment to community engagement: the individual and collective actions that are designed to identify and address issues of public concern. The second issue concerns the cultivation of the inclination or disposition to act outwardly. The former is a behavioral issue, while the latter is about ways of thinking. This latter position may be the most promising way we can bridge the first of i2a outcomes: Students will be able to think critically with the i2a outcome on community engagement: Students will develop the ability to address community issues.