The Women's Center held its annual ESC Luncheon on November 12, 2009. The speaker was Dr. Johanna Miller Lewis, Dean of the Graduate School at the University of Arkansas at Little Rock (UALR). The topic of the luncheon, "The Men Have Failed..It's Time to Call Out the Women: Adolphine Fletcher Terry and the Little Rock School Crisis", focused on the work of Mrs. Fletcher Terry and the Women's Emergency Committee (WEC) for Open Our Schools in Little Rock, Arkansas.

The Mary K. Bonsteel Tachau Award was presented to Dr. Eliza Atkins Gleason, the first African American to earn a doctorate in library science. She established "the only library classes for African Americans in Kentucky between 1932 and 1951" and made significant contributions to the Louisville Municipal College for Negroes before the college became a part of the University of Louisville.

Pictured is Dr. Gleason as a graduate and at the age of 99. Dr. Gleason passed away on her centennial birthday, December 15, 2009. Read the text of her obituary here.

The Women's Center table displays depicting suffrage and civil rights documents including a display on the Louisville Municipal College.. 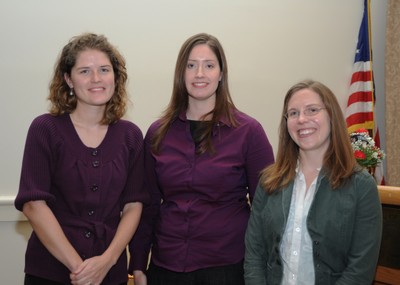 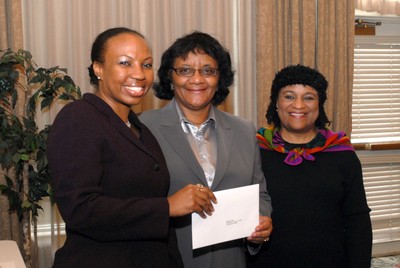 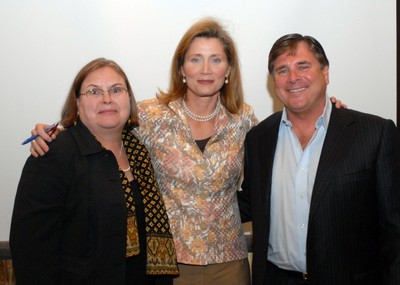 Nichols Award winners pictured below with Yevette Nichols, daughter of M. Celeste Nichols of whom the award is named and Ruth Miller, U of L Writing Center pictured. 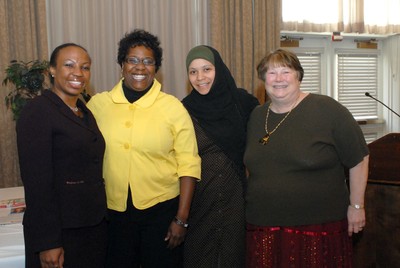 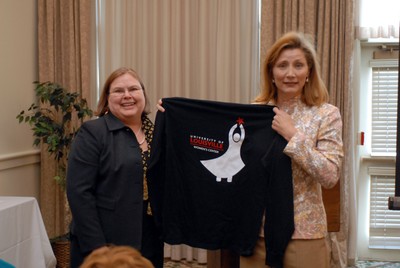 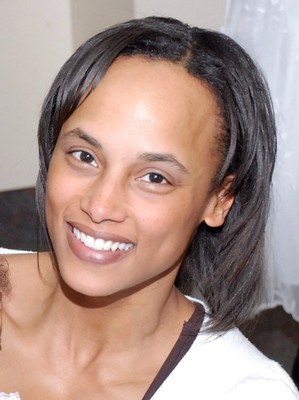