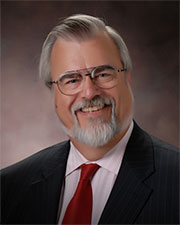 As a seasoned professional in the field of marketing, Robert Hausladen knows that one of the key concepts for success in sales is that of the Discovery Process, a technique that underlies both the potential for win/win outcomes as well as the promotion of long-term relationships. From his prior experiences as an instructor of marketing, Hausladen noted that “students are often misled by prior impressions of selling based on television advertising of the ‘Ron Popeil’ type which focus on features and benefits and adding on additional benefits and promotional attractions.” Since the Discovery Process is foundational to selling, and since previous experiences in teaching this concept were resulting in a high percentage of students failing to grasp its significance, Hausladen decided to alter a role-play exercise in which students are challenged to demonstrate their ability to apply the concept to a selling scenario.

Hausladen’s proposed change was to have the student sales teams develop the actual question sequence as a team exercise and present it during class. He based this change on three learning principles. First, by working as a group on this assignment, the additional points of view offered by individual students would result in a higher likelihood of success. Second, assigning teams to role play their sequence with the instructor would result in immediate feedback and an opportunity for practice, both of which are beneficial for effective learning. Third, additional practice would contribute to students’ increased success in the course’s final role play.

Hausladen was in a position to compare the results of the changed assignment with a previous section of the course offered one year prior. He found that in the first role play in the spring of 2012, the class average score was 79%. In the spring of 2013, using the changed version of the role play, the class achieved an average score of 90%. Hausladen concluded that additional practice and feedback allowed students to more quickly grasp and apply the Discovery Process to their presentations. In future opportunities in teaching this course, Hausladen plans to work on making the role playing feedback process even more effective.