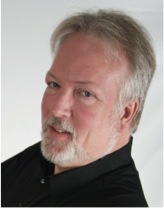 Richard Slawsky's students in Comm 111 "develop oral presentations on a variety of topics, following a strict set of guidelines" and "critique the presentations of others both in class and outside the class." Slawsky wanted his students to have a good model of the expectations for their own presentations, and he also wanted to change the balance of power in the class to a more "learning-centered" one. Therefore he decided to write and present his own speech to the class.

Slawsky took a risk by making his speech personal - the kind of risk educator Parker Palmer endorses in his book The Courage to Teach. Courage is necessary, Palmer argues, because "teaching is a daily exercise in vulnerability" positioned "at the dangerous intersection of personal and public life" (17). In his speech to the class, Slawsky gave his students the story of his own life told using the autographs he has collected. Students learned a great deal about their instructor, including the fact that he is a movie buff, has met a few famous people in his day, and has even been a cast member of a zombie film!

Like educator Paulo Freire, I want to treat the Learner as a mutual participant in the creation of knowledge. Learning-centered teaching is about changing that balance of power.

Beyond offering his students a good model to follow in preparing a speech, Slawsky wanted students to move away from the "banking model" of education in which instructors fill the (presumably empty) heads of their students. Maryellen Weimer calls for faculty in learning-centered classrooms to "do more modeling and demonstrate for students how skillful learners approach learning tasks." Giving his own speech before asking students to join in a "discussion and critique" of the speech changed the balance of power in the classroom. Hearing Slawsky present his speech but also discuss the process by which he developed and outlined his presentation helped students prepare their own.

According to feedback from a brief in-class survey, most students enjoyed their instructor's speech and found it helpful in completing their own work for the course. Students noted the personal element of the speech: "I liked the fact that he put his own experiences in the speech," one student wrote. Students also appreciated the model of an interesting speech with a unifying theme and clear organization -- "how it all seemed to fit together like a story." Another student captured the benefits of Slawsky's more learning-centered approach: "It helped me out and gave me more confidence in my own presentation."