“Baltimore” tells the story of Shelby Wilson, an African-American resident adviser for a diverse group of freshmen at a New England college. When a racist caricature is drawn a black student’s dorm door, Wilson is forced to confront her belief that she lives in a post-racial society as she finds the courage to facilitate honest conversations about difference. 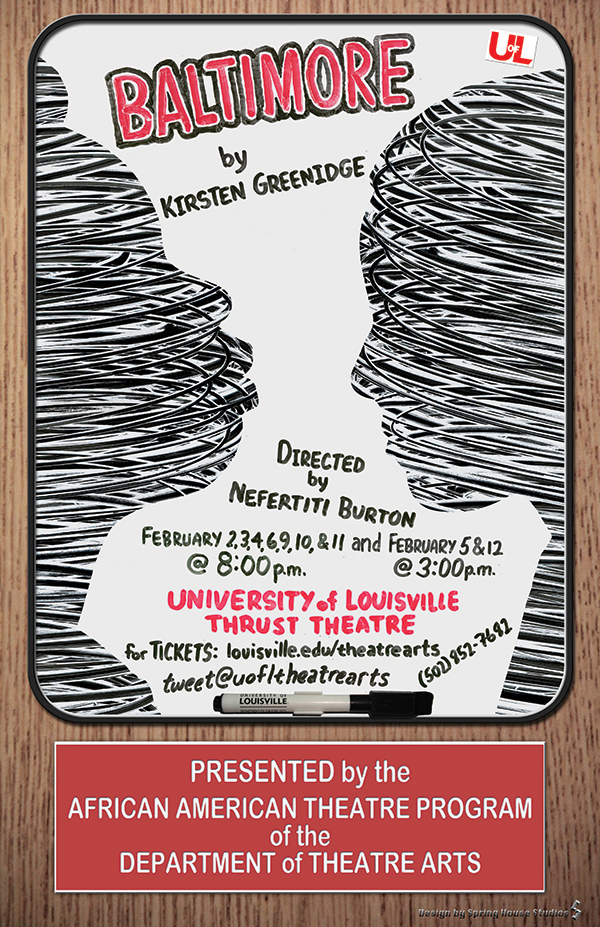 *UofL Student tickets can only be purchases at the physical Box Office with a valid student ID.