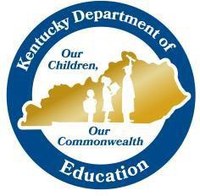 (FRANKFORT, Ky.) – Commissioner of Education Stephen Pruitt is leading educators across Kentucky in recognizing World Autism Awareness Day in support of children and families who experience autism on a daily basis.

The United Nations adopted World Autism Awareness Day in 2007 to raise awareness of the disorder. Autism is characterized, in varying degrees, by difficulties in social interaction, verbal and nonverbal communication and repetitive behaviors. Autism may be associated with intellectual disability, difficulties in motor coordination and attention and physical health issues such as sleep and gastrointestinal disturbances. However, some people with autism excel in visual skills, music, mathematics and art, among other areas. Autism affects one in 68 children, and autism prevalence figures are growing.

World Autism Awareness Day, which is April 2 each year, kicks off Autism Awareness Month in April. Every year, autism organizations around the world celebrate the day with unique awareness-raising and fundraising events. In the annual Light It Up Blue movement, thousands of iconic landmarks and buildings join hundreds of thousands of homes and communities around the world to “light blue” in support of people living with autism.

In 1996, the Kentucky General Assembly established the Kentucky Autism Training Center (KATC) at the University of Louisville to serve as a statewide resource for families and educators. Its mission is to strengthen Kentucky’s systems of support for people affected by autism by bridging research to practice and by providing training and resources to families and professionals.

For more than ten years the KATC has supported individuals with autism spectrum disorder (ASD) by providing hands-on training for educators in the classroom, hosting workshops for families, and conducting professional development sessions.

KATC works in each of Kentucky’s eight special education cooperatives through a project in which it aims to increase schools’ capacity for serving children with autism spectrum disorders by supporting their implementation of research-based strategies. Under the guidance of the National Professional Development Center on Autism Spectrum, KATC’s work in the classroom involves monthly visits to support local educational teams in planning, implementing and evaluating instruction. It also works with school teams to select objectives and instructional plans for specified students and for classrooms.

For more information on autism or ideas on promoting autism awareness, visit KATC’s website at http://louisville.edu/education/kyautismtraining.