ART by Rem and Rom

A Raft Manifest
by Rem + Rom 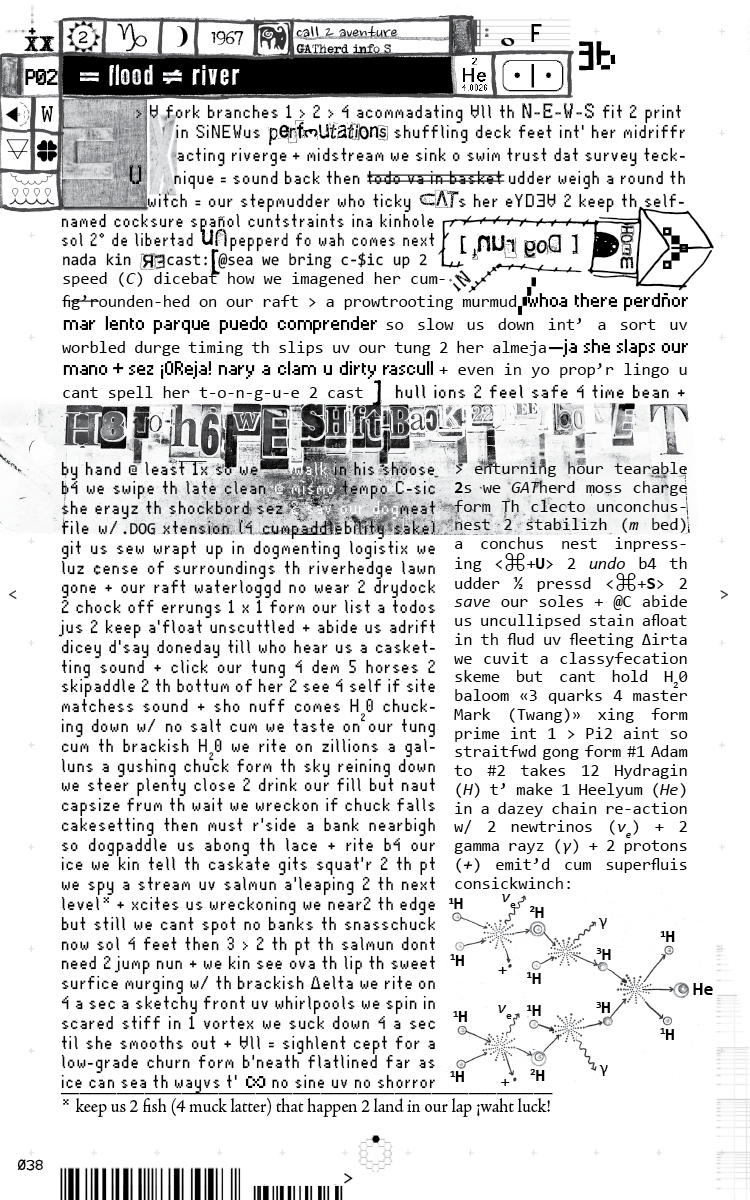 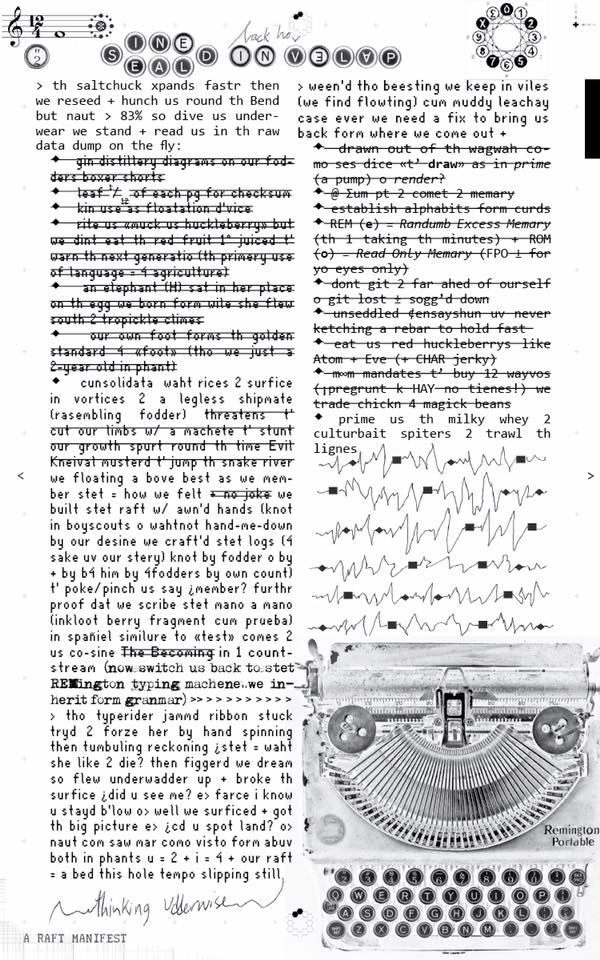 In the wake of The Becoming (book 1 of the West of Kingdom Come quadrilogy), the 2 feral brothers Rem + Rom "beecomb" self-aware of their current condition (fathered by a rogue member of the Lewis + Clark expedition and reared by a she-wolf) and build a raft to “riverse ingeneer” their father’s route that spit them out at the mouth of the Columbia, in the name of westward expansion. To document their journey, they need to invent their own “landgauge," derived in part from backwoods “courier pigeon" english, pirate, chinook jargon + spanish, and a “wriding” system cannibalized from books they inherit from their “fodder": his half-literate journals, Huckleberry Finn, Finnegans Wake + the Discovery doctrine of manifest destiny—a written language that also marries “spit + image" w/ text, down to typefaces created just for the occasion. “Reel” time/world stories eventually “devilip" in parallel as Rem + Rom take turns “scooby” diving into the floodwaters below the raft and pipe up the feed (akin to a dream “journel"), though the “hystoria” inevitably mirrors the “wriding" of A RAFT MANIFEST, or “Huck Finnegans Wake,” if you will.

Rem + Rom currently ride A Raft Manifest (forthcoming from Calamari Archive in 2017 + before this they wrote The Becoming (Calamari, 2013).