A Note from the Writer:

These poems are part of a larger untitled work that measure approximately 100 feet in length in scroll form, influenced by my study of the classical Chinese poet Wang Wei. Due to the challenges of printing the work as it was conceived, I have created approximately 100 shorter poems or fragments. When I began writing this poem in three voices, I imagined Voice A as the last member of a people who have all but disappeared from Mesa Verde in the Four Corners region of Arizona, New Mexico, Colorado and Utah. Voices B and C exist together as oppositional forces, a dyad, comrades, lovers, twins, or partners in the crime of trash television’s space-time continuum. Within the field of the poem, the voices struggle to be relevant and operate within the spatial, structural and musical constraints of the work. Without this struggle, the three voices risk assimilation into a single voice and with it, the collapse of the multiverse.

When listening to Glenn Gould’s radio documentary, The Idea of the North, or what Gould called “contrapuntal radio,” I began blocking out one voice in order to focus my attention on another. In this work I want to achieve a similar effect by using different font colors in Sections 1 and 2. It is my hope that the red, blue and black fonts will not distract from musicality, but rather allow the reader to occasionally leave the trio to focus on one individual voice. The selections published here are all the beginning poem fragments from Section 2: Multi-voice A, B and C (fragment 1), Voice A (fragment 1), Voice B (fragment 1) and Voice C (fragment 1). 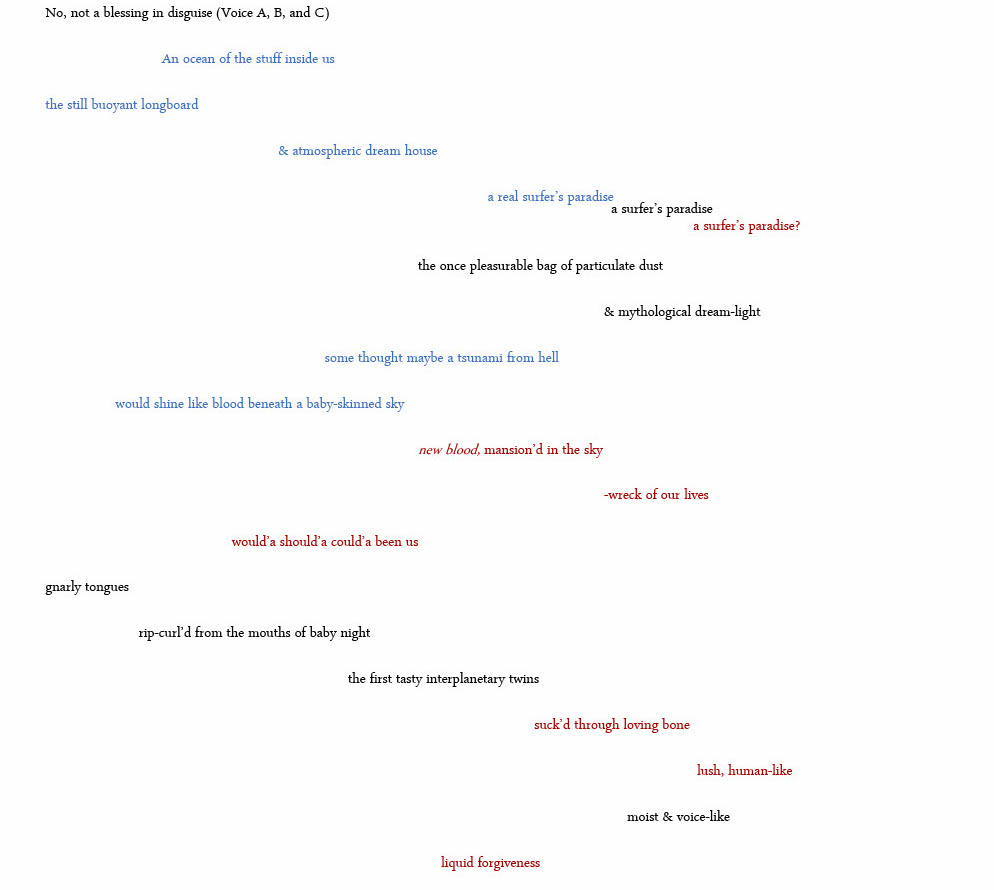 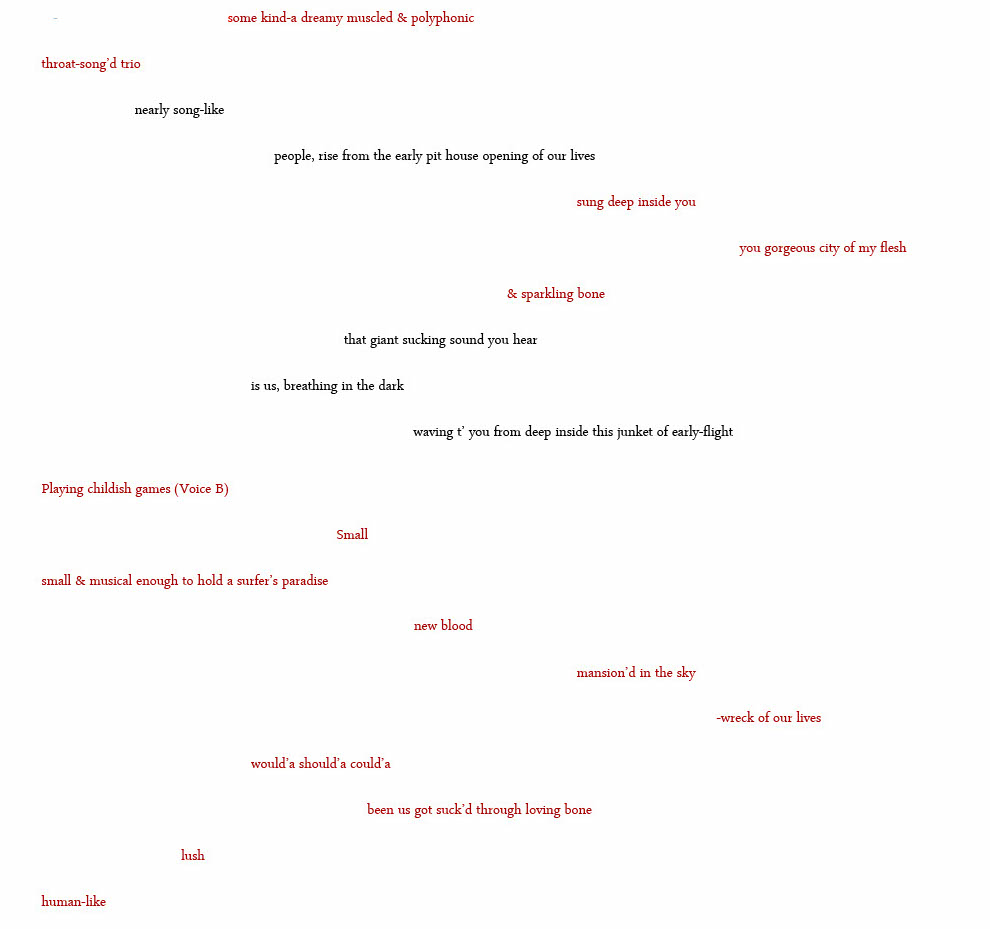 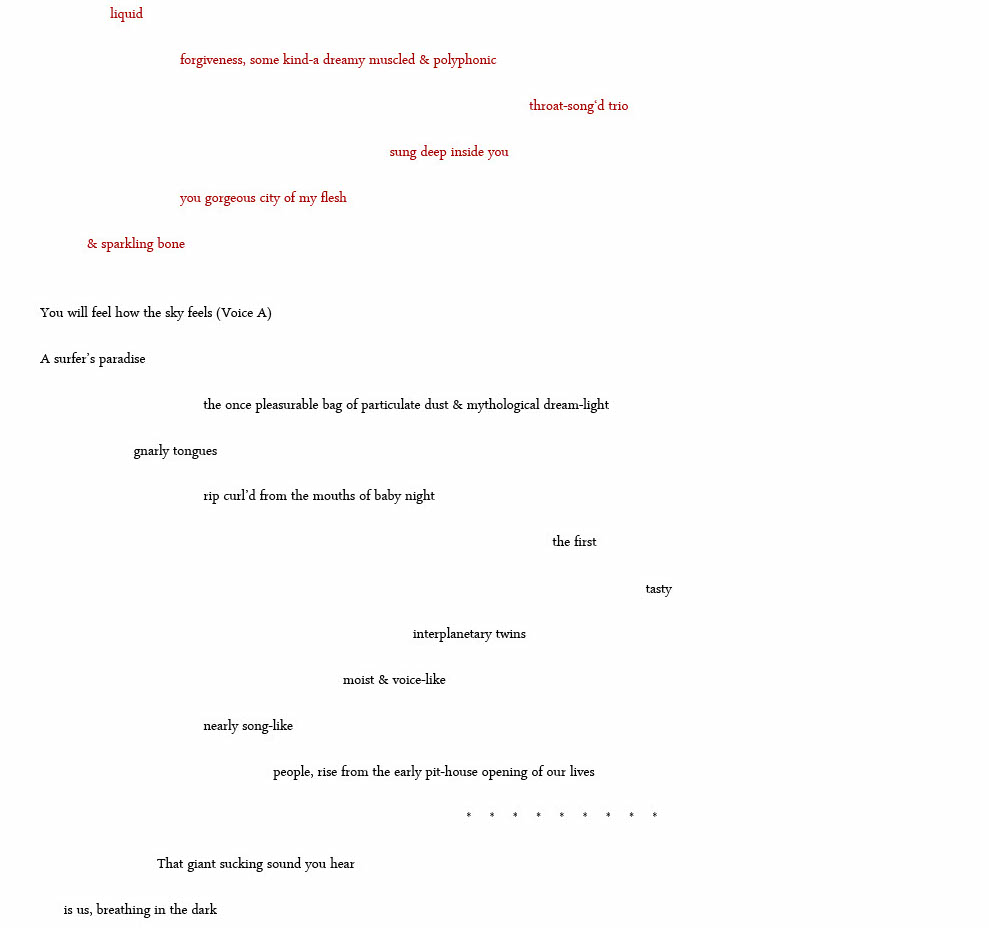 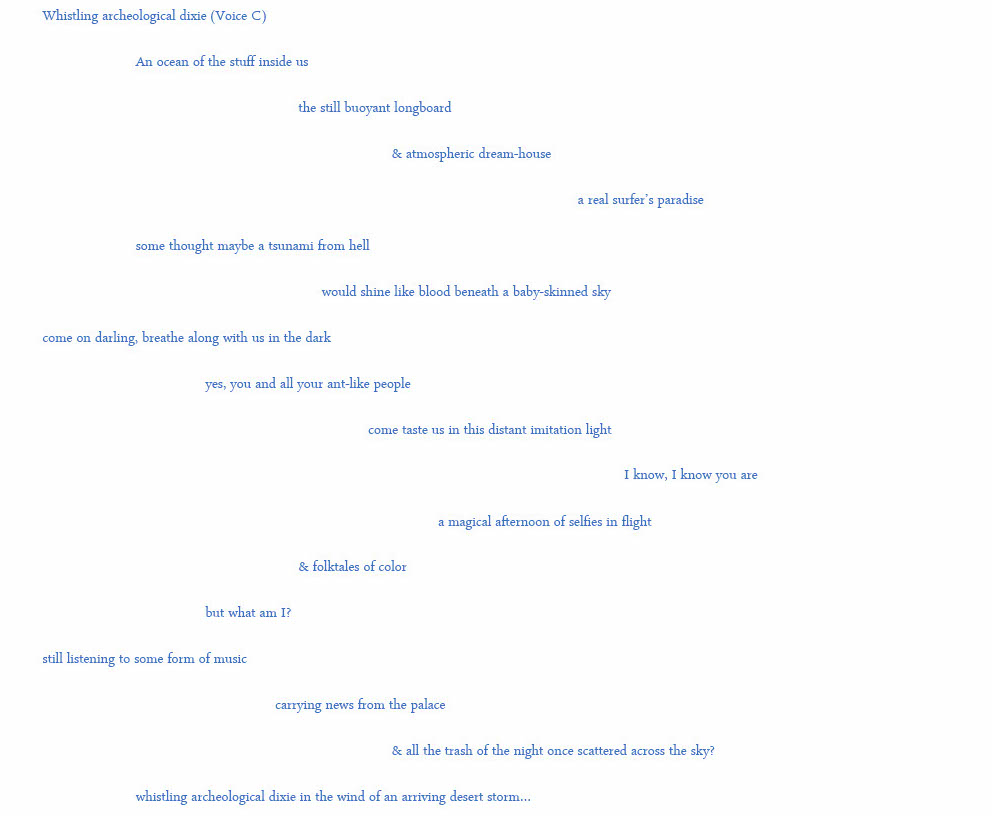 JEFF RUSSELL lives in Durham, North Carolina. He studied Creative Writing at the University of Arizona and Classical Chinese Poetry at UNC-Chapel Hill.