Why is it important to learn Arabic?

Studying a foreign language can open doors in your professional career by adding an international component to your journey to become a global citizen. 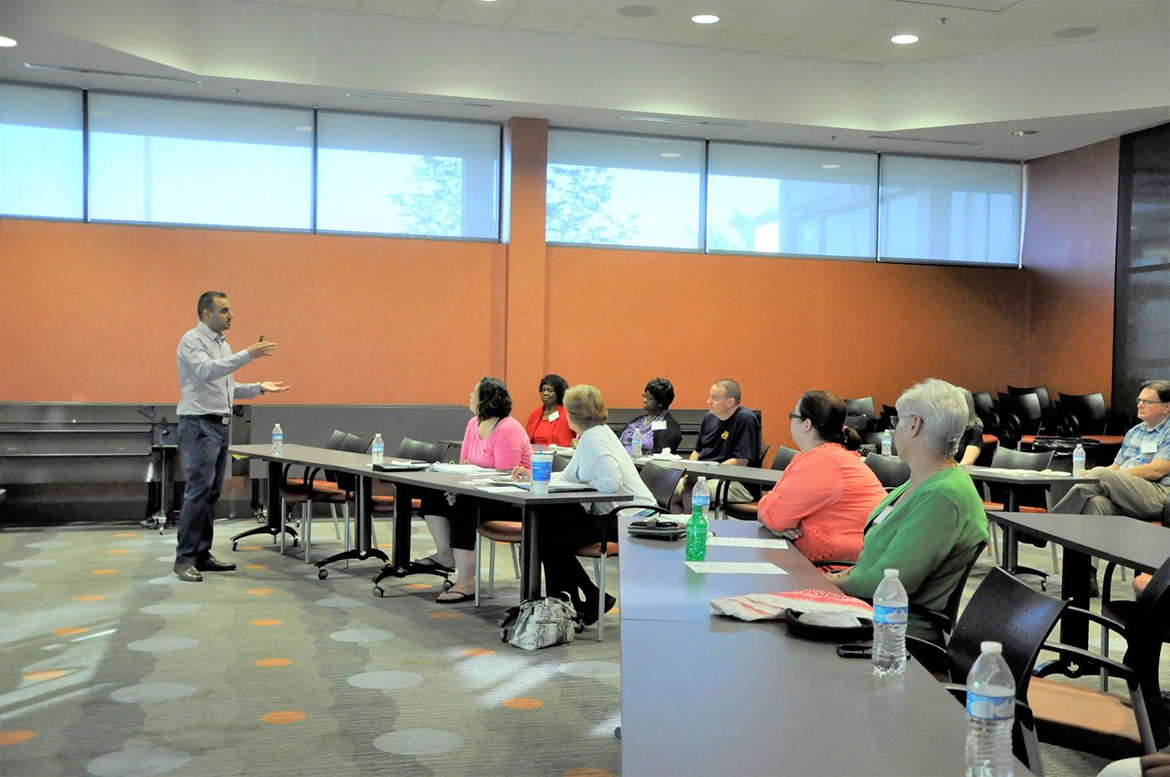 ABOVE: Khaldoun Almousily, our Arabic program coordinator and instructor of Arabic, with help from his students, conducted a training on Arabic language and culture to Indiana courts system staff. This training is offered educators and community leaders who work with Arab students and refugees. This training focuses on many aspects of the Arabic language and culture, discusses the impact of stereotypes, and intends to clear some of the misconceptions people have from movies about Arabs and Islam. The goal is to spread peace and love among all cultures and build mutual respect and understanding.

Syrian Refugees in Jordan: From al-Bashabsha to the Jordan Compact
Aug 27, 2019