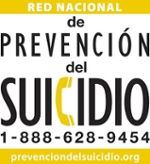 Across all populations, some of the most significant protective factors are

In addition, research has shown the following to be among the most significant protective factors in Hispanic populations:

Across all populations, some of the most significant risk factors are:

For individuals who are already at risk, a “triggering” event causing shame or despair may make them more likely to attempt suicide. These events may include relationship problems and breakups, problems at work, financial hardships, legal difficulties, and worsening health.

In addition, research has shown the following to be among the most significant risk factors in Hispanic populations:

In a large national survey, Hispanic adults who reported suicidal thoughts or attempts were less likely than non-Hispanic White adults to seek or receive psychiatric services.

University of Louisville Cultural Center U of L is committed to creating a challenging intellectual climate enhanced by our many human differences, and this serves as the foundational objective of the programs and services provided by the Cultural Center. More specifically, the Cultural Center creates educational opportunities for members of the university community to critically think about their beliefs, values and assumptions as it relates to culture. To fulfill our mission, we support and offer co–curricular and extra–curricular programs that acknowledge and reflect the experiences of under–represented populations. We also provide educational opportunities for all members of the campus community to examine their individual and group experiences within a culturally diverse society.

University of Louisville Hispanic/Latino Initiative HLI’s mission is to build strong support systems for Latino students at UofL through programs and events that explore our many identities, develop leaders, and provide coaching and mentoring for life success, share campus resources, and build community and campus collaborations.

The Latin American and Hispanic Student Organization is a RSO dedicated to celebrate the wide variety of Latin American/Hispanic history, heritage, cultures, and traditions present on the University of Louisville' campus through a fun and culturally inclusive way. Created in November 2009, LAHSO provides a common ground for those interested in all of these aspects of the Hispanic/Latino community through a combined effort with any interested student, campus leader, RSO, and group present at UofL. LAHSO it will emphasize and inform the larger UofL community of the presence and importance of the Hispanic/Latino people.