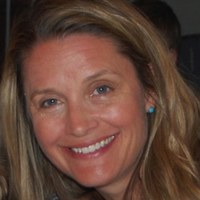 Dr. Jessica Enoch is professor of English at the University of Maryland, where she has directed the Academic Writing Program for the past eight years. She is vice president of the Coalition of Feminist Scholars in the History of Rhetoric and Composition and has been a member of the Coalition since 1998. Jess also coordinates the Coalition’s Feminisms and Rhetorics Workflow, Processes and Formats Task Force. She has been an executive board member of the Rhetoric Society of America and the Conference on College Composition and Communication, and with Kristy Maddux, she co-chaired the 2019 Rhetoric Society of America Institute at the University of Maryland.

In this portion of the proposed session, a member of the WPF task will explore how the group’s conversations were anchored to multiple layers and forms of feedback: feedback provided by individual task force members; feedback communicated through evaluations that FemRhet conference attendees have provided over the years; and feedback gathered through an “inclusivity survey,” distributed via email and social media to Coalition members and supporters, that was designed to gather information that might enable greater inclusivity in the FemRhet conference and the broader Coalition.