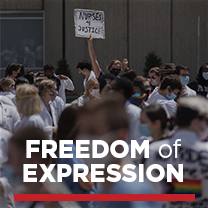 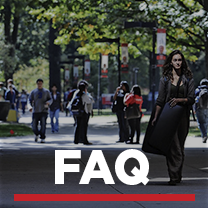 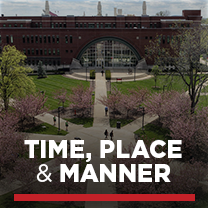 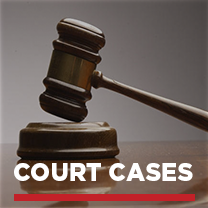 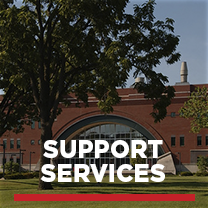 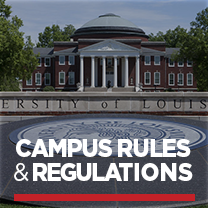 CONGRESS SHALL MAKE NO LAW RESPECTING AN ESTABLISHMENT OF RELIGION, OR PROHIBITING THE FREE EXERCISE THEREOF; OR ABRIDGING THE FREEDOM OF SPEECH, OR OF THE PRESS; OR THE RIGHT OF THE PEOPLE PEACEABLY TO ASSEMBLE, AND TO PETITION THE GOVERNMENT FOR A REDRESS OF GRIEVANCES.” - The First Amendment

“If there be time to expose through discussion the falsehood and fallacies, to avert the evil by the processes of education, the remedy to be applied is more speech, not enforced silence.”
-Justice Louis D. Brandeis, in Whitney v. California, 274 US 357 (1927).

“Speech is powerful. It can stir people to action, move them to tears of both joy and sorrow, and — as it did here — inflict great pain. On the facts before us, we cannot react to that pain by punishing the speaker. As a nation we have chosen a different course — to protect even hurtful speech on public issues to ensure that we do not stifle public debate.”
—Chief Justice Roberts in the Supreme Court case: Snyder v. Phelps, 131 S.Ct. 1207 (2011).

“It can hardly be argued that either students or teachers shed their constitutional rights to freedom of speech or expression at the schoolhouse gate.”
— From the Supreme Court case: Tinker v. Des Moines, 393 U.S. 503 (1969).

“[T]he mere dissemination of ideas—no matter how offensive to good taste—on a state university campus may not be shut off in the name alone of conventions of decency.”
—From the Supreme Court case: Papish v. Board of Curators of University of Missouri, 410 U.S. 667 (1973).

“The College, acting here as the instrumentality of the State, may not restrict speech or association simply because it finds the views expressed by any group to be abhorrent...”
—From the Supreme Court case: Healy v. James, 408 U.S. 169 (1972).

The University of Louisville is a diverse academic community with well-established values regarding freedom of inquiry, diversity of thought, and the right to express differing opinions. While as a public institution UofL must provide First Amendment protections to its students, employees, other members of the university community, and visitors to our campus, our commitment to free speech is deeper and broader than the legal requirements imposed on us. Modeling and teaching skills that develop the capacities to respectfully and responsibly respond to contradicting (or offensive) opinions and ideas with civility and intellectual acumen is a key component of the educational mission of the University of Louisville.

The free expression of ideas can be in tension with another highly valued commitment: diversity and inclusion. Without pursuit and maintenance of a diverse academic community inclusive of many intersecting identities, including race, culture, gender, age, sexual orientation, ability, political affiliation (to name a few) the educational enterprise is diminished, the aspirations of our values are unmet, and the educational experience for students is lacking. Our shared values require us to envision a campus where free speech is protected and civility is powerfully affirmed; where the identities of each person are honored; and, where diversity is actively promoted.1 Our collective challenge, especially when the First Amendment is a catalyst for hurtful expression, is to be the Community of Care that supports, challenges, promotes, and celebrates all Cardinals so they may realize their full potential.

Supreme Court Justice Louis Brandeis, a Louisville native, provided guidance for us to follow in response to speech that is harmful, corrosive, and simply unwelcome, while still following the requirements of the First Amendment. Justice Brandeis formulated the counter speech doctrine, writing that the best remedy to combat harmful speech is “more speech, not enforced silence.” This guidance invites a course of action that will protect free speech and powerfully affirm civility while insuring the protection of the counter speech. The Cardinal Principles of Respect and of Diversity and Inclusion require a reasoned, thoughtful and civil response to differing and conflicting views, rather than to engage in efforts to silence or request that others silence protected speech.

We value the freedom of inquiry, diversity of thought, and inclusiveness values woven in to the fabric of our university. Independent thought and diversity of opinions are the essence of the University, and freedom of expression is necessary for the University to fulfill its mission of producing and disseminating knowledge. Without the ability of its members to freely hear, express, and debate different ideas and points of view, the University would lack the culture of free inquiry that lies at the foundation of the academic enterprise. These values are articulated in the UofL Redbook and the Cardinal Principles:

Membership in the academic community imposes on students, faculty, staff, administrators, and trustees of the University an obligation to adhere to standards of academic honesty, to respect the dignity of others, to acknowledge their right to express differing opinions, and to foster and defend intellectual honesty, freedom of inquiry and instruction, and free expression both on and off the campus."
(UofL Redbook Sec. 2.5.1)

"… We will be a place that prepares students for ideas, not protects students from ideas … We celebrate diversity of thought, of life experiences, of perspectives …"
(The Cardinal Principles)

Accordingly, UofL will not stifle the dissemination of any idea, even if some members of our community think it offensive or hateful. This does not mean that such ideas should go unchallenged. We ascribe to Justice Louis Brandeis’ concept of getting more speech into the dialog rather than to impose a prohibition on protected speech. The exercise of free expression that has offensive content can be most powerfully engaged through the use of additional free speech. This protects free expression rights of speakers, powerfully affirms the need for alternative viewpoints, utilizes the power and authority of the university administration, and models effective citizenship skills.

The preceding information is not meant to suggest that there are no limits on the expression of ideas. Indeed there are. The university will restrict any speech that violates the law including, but not limited to, genuine threats of violence or harm and statements designed to incite others to engage in imminent unlawful conduct. Additionally, in order to ensure that the successful functioning of the university is not disrupted or impeded, UofL imposes reasonable time, place and manner restrictions on speech and expression. Such restrictions shall be reasonable, justified without reference to the content of the regulated speech, narrowly tailored to serve a compelling governmental interest, and limited to provide ample alternative options for the communication of the information.