"Race & Economics' Impact on Women's Equality: Creating Change That Leaves No One Behind" 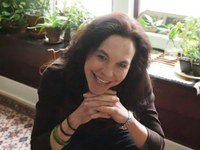 Carla Wallace, Kentucky Civil Rights Hall of Fame inductee and social justice activist, will be the keynote speaker Nov. 16 at the annual Women’s Empowerment Luncheon for the University of Louisville Women’s Center.

The event takes place at 11:30 a.m. at the University Club. Wallace will discuss “Race & Economics’ Impact on Women’s Equality: Creating Change That Leaves No One Behind.”

Wallace has done social justice work for more than 30 years. Wallace also helped establish the University of Louisville Audre Lorde Chair in Race, Class, Gender and Sexuality and is a founder of Louisville’s Fairness Campaign, which has been honored locally and nationally for its work on behalf of LGBTQ equality and justice for all.

Tickets are $50 per person; $400 for a table of 8.  Charge cards, checks and IUT’s accepted through Nov. 9.  We encourage you to sponsor students to this event!

*This event is part of the 25-year anniversary celebration for the UofL’s Women’s Center. The center will continue with a series of special events throughout the winter and spring.