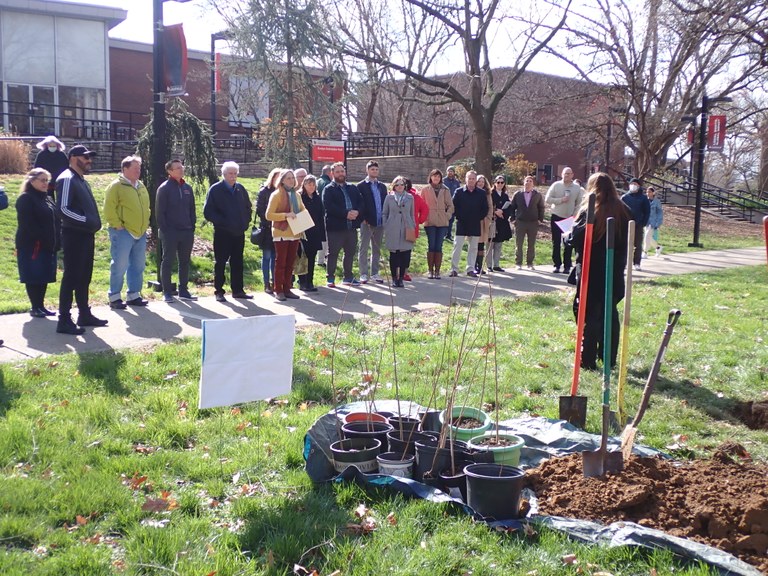 UofL's Sustainability Council was thrilled to partner with UofL's Hite Institute of Art & Design to honor their 75th anniversary (also April 1st) and to plant a native, pollinator-friendly yellowwood tree by Schneider Hall in memory of two supporters of the Hite's graphic design program — Mike Power (1943-2015) and his son David Power (1971-2021). Both have been significant contributors to the program and both are also UofL alumni! We had a huge crowd, many of who were eager to take home and plant the 40 native pawpaw saplings that we potted up to give away.

Then, at 1:30pm, we gathered with the Health Sciences Center Green Team to plant an American Holly between the Abell Administration Building and the School of Nursing. 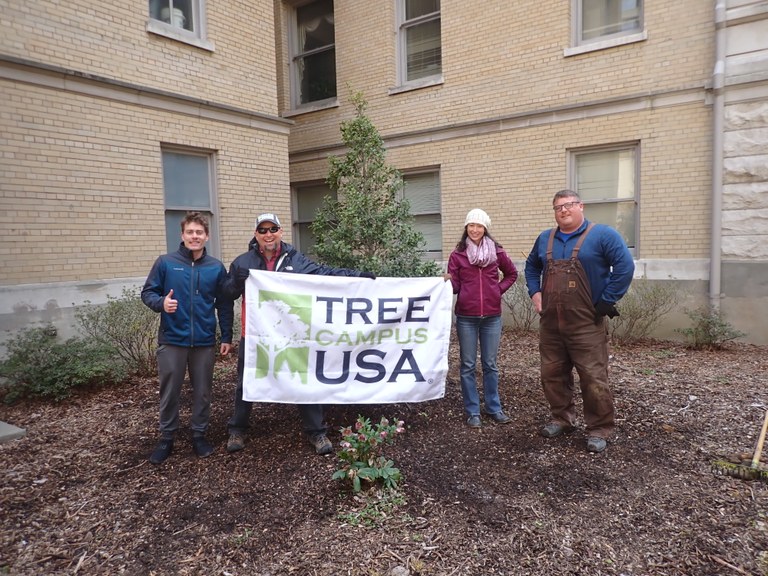