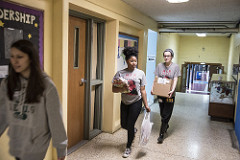 An annual week-long series of events that honor the life and legacy of Rev. Dr. Martin Luther King, Jr., and educate the UofL campus and community on the importance of actualizing Dr. King’s ideals of social justice, non-violence, education, and service. Events will include: 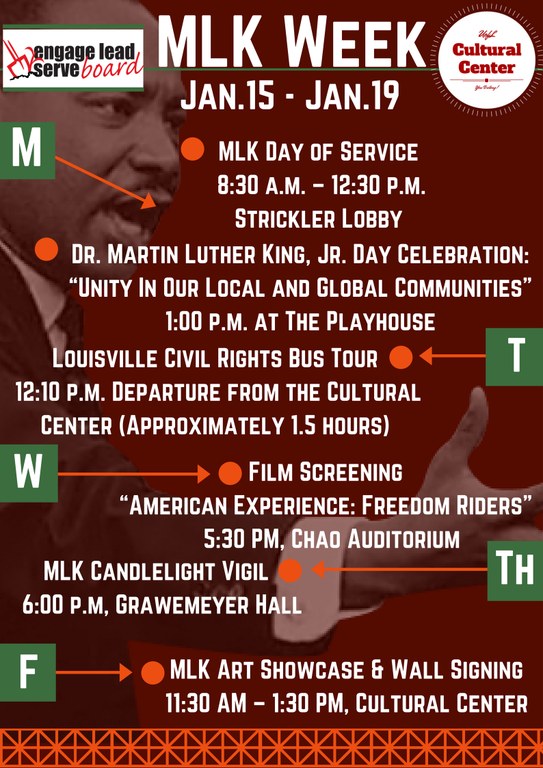