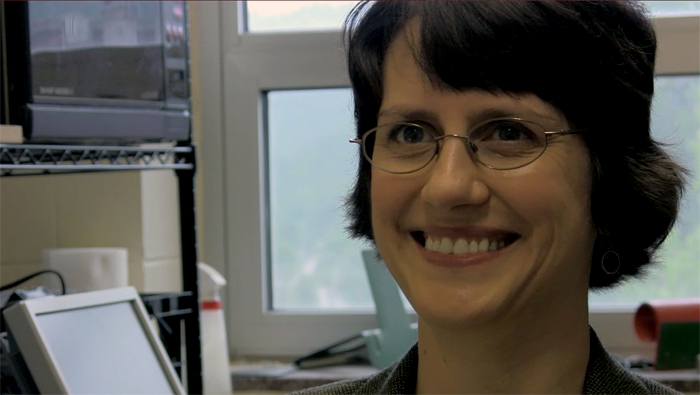 Dr. Carlson's research interests are primarily in psycholinguistics, focusing on how people understand sentences and how prosody and intonation affect comprehension.

Dr. Carlson was awarded a 3-year, $350,425 NIH grant for her project titled “Accents and Syntactic Attachment: Exploring how pitch accents affect the resolution of syntactic ambiguities with or without prosodic boundaries.” Understanding the use of linguistic prosody in language comprehension for unimpaired adults will help in the analysis of what uses are disordered vs. spared in patients with aphasia, patients with other types of brain damage, and children with hearing difficulties, and help in the planning of treatments for these problems.

In her own words

Do regional accents have any bearing on results?

“It turns out that the properties that I work on … these prosodic issues, don’t seem to vary noticeably across different areas of the country. And, in fact,..I have replicated the exact same effects with groups of listeners in Massachusetts, in Chicago, in Kentucky. So, though I can certainly tell that someone is from Pikeville, Kentucky versus if they grew up in Massachusetts, it turns out the properties I work on are not different.”

Could you use the results of your work to help people with aphasia or brain injuries?

“The idea is that one of the things that can be lost in an aphasia-derived … brain-damaged related language problem …is essentially the prosody: the ability to use the tune and rhythm of language… The more we understand about what prosody is normally used for, then the more we can see what someone might be having trouble with, if they have had a brain injury.”

How did you develop your interest in linguistics?

“I was always interested in languages in general, my high school offered French, Spanish and German, and I thought German was the more obscure of those, so I took that…. Then I got to college, and the most obscure language they offered,... was Sanskrit, so I took that. It happened to be taught in the linguistics department and I also took a linguistics class during my Freshman year, because I liked the sound of it, the idea of .. not just learning to speak a particular language, but what were languages doing…what were their building blocks. And when I got to graduate school I was introduced to the study of prosody, of the tune and rhythm of language, and that was just a lovely blending of music, which I already had training in, and linguistics structure…and it all came together … ‘THAT is what I want to find out more about!’”