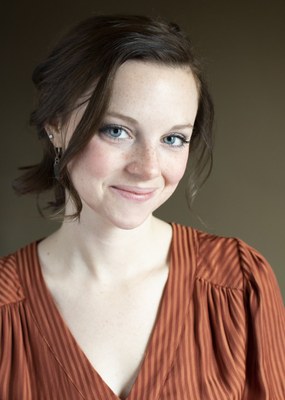 The University of Louisville School of Music is proud to share that Soprano Emily Yocum Black received the Meyerson/Zwanger Award, earning Second Place and a $5,000 prize at the 44th Annual Lyndon Woodside Oratorio-Solo Competition Finals held on August 21, 2021.

Emily got her undergrad and masters at UofL in vocal performance studying with Edie Tidwell and then Emily Albrink for her masters. She is originally from Paducah, KY and has returned there to open a very successful teaching studio.

“She has started a very rewarding career, singing nationally with renowned orchestras and ensembles, specializing in new American music and baroque. She is an absolute delight,” Albrink said.

The Oratorio Society of New York (OSNY) is one of the oldest musical organizations in the United States and has become New York City’s standard for grand choral performance. Founded in 1873 by Leopold Damrosch, the Society has played an integral role in the musical life of the city. In its early years, the Society established a fund to finance the building of a new concert hall, a cause taken up in earnest by the Society’s fifth president, Andrew Carnegie. In 1891, and under the direction of Pyotr Tchaikovsky, the Society helped inaugurate this new Music Hall, which would be renamed Carnegie Hall several years later.