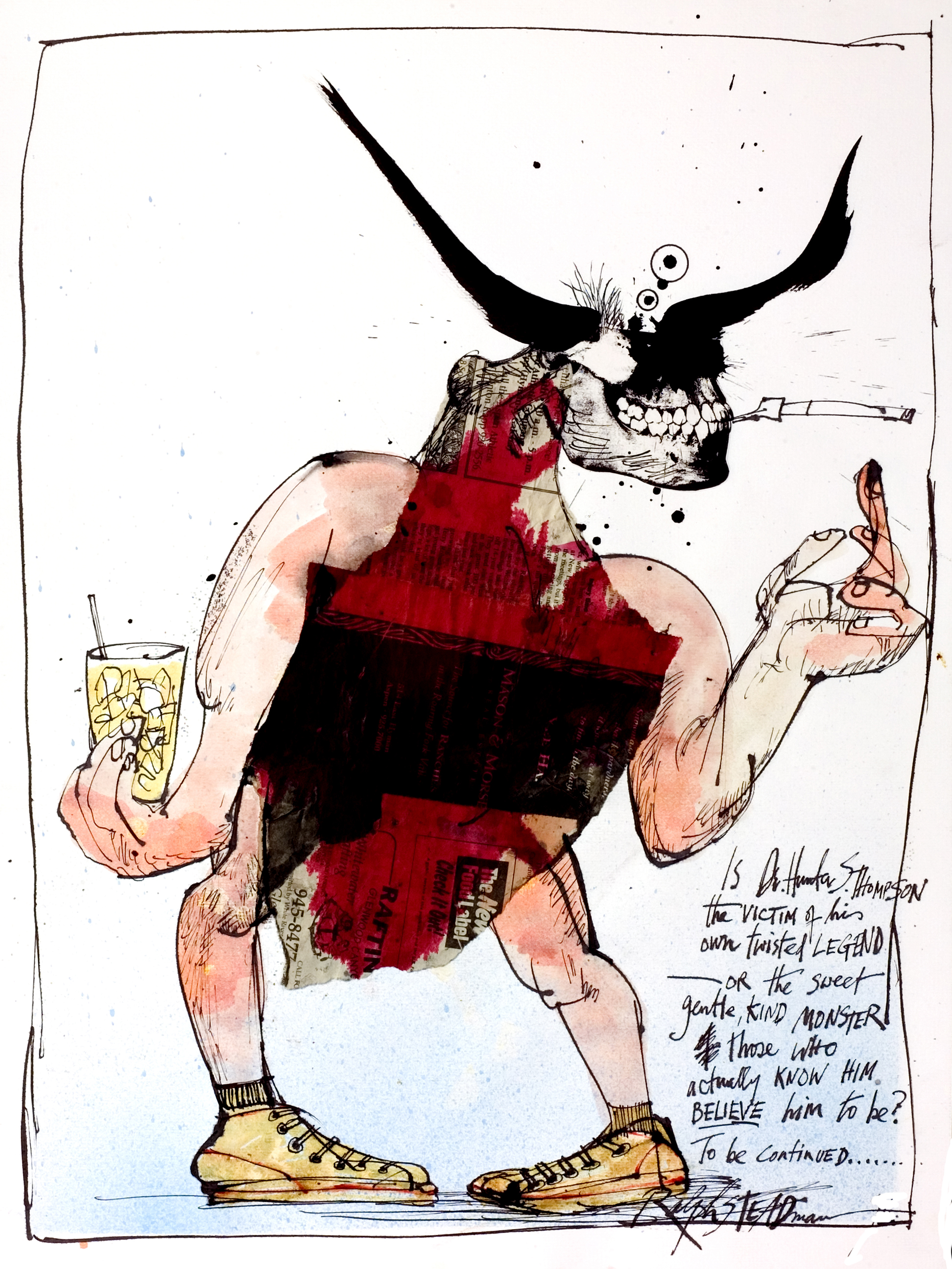 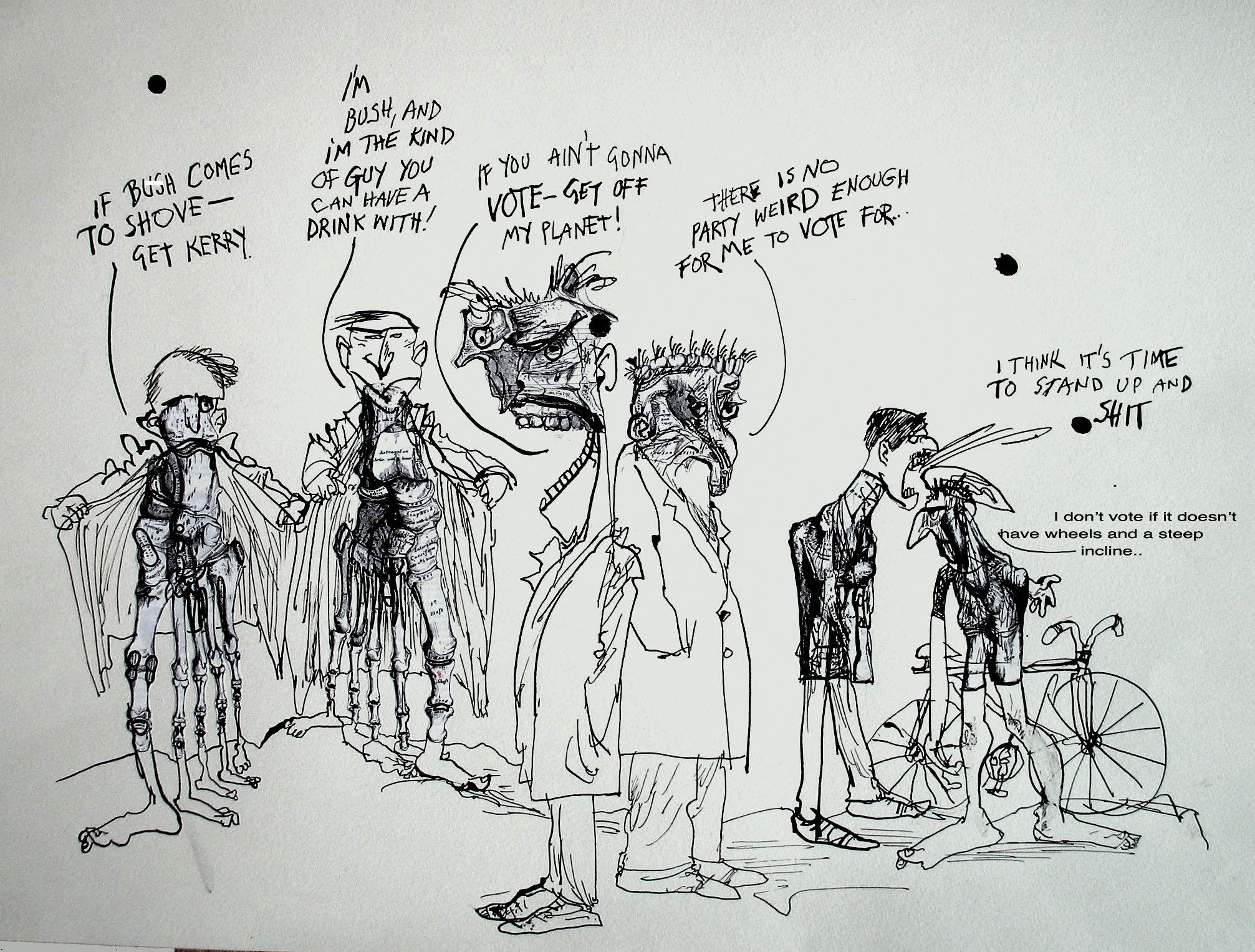 ‹›
Ralph Steadman is a legend. A world-renowned cartoonist and painter, he has since made forays into poetry and music. He is widely known for his work with fellow conspirator and Louisville native Hunter S. Thompson, with whom he first collaborated at the 1970 Kentucky Derby. Steadman’s drawings contributed to the birth of GONZO journalism and his iconic images accompany such literary classics as Alice in Wonderland, Treasure Island, Animal Farm, Fear and Loathing in Las Vegas, and others. A true activist and patron of the arts, he remains a friend and legend to the city of Louisville.