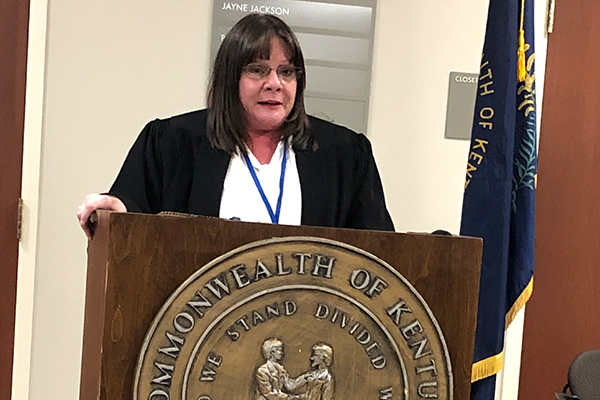 Ellie Kerstetter, a 2000 graduate of the University of Louisville School of Law, made history on January 30, 2020, when she was sworn in as Kentucky's first Latina judge.

"The idea behind that is that I can inspire other young girls and boys to go to law school and become a judge," Kerstetter told WDRB.

Kerstetter was sworn into Jefferson County Family Court by another Louisville Law alumna: Denise Clayton, chief judge of the Kentucky Court of Appeals (Class of 1976).

Kerstetter was appointed by Gov. Andy Beshear and replaces Judge Deborah Deweese, who retired before the end of her term. She will run for election in November 2020.