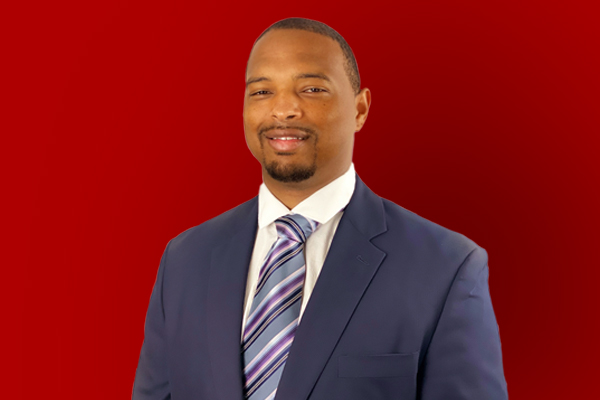 When the University of Louisville School of Law began delivering all courses remotely, first-year Louisville Law student Will Jones headed back home in Cincinnati to be with his wife and four children. Previously, he had been making the drive to Louisville every Monday to attend classes throughout the week, heading back to Cincinnati at the end of the week. He stayed with his mother, who lives in Louisville, during the week.

But now, he is home with his family: two school-aged children, 9-month-old twins and his wife, who is a teacher. The family is trying to manage their various demands, and Jones acknowledges the situation can be stressful.

But he also says he is thankful: for his wife's support, for his family's health, and for the chance to continue pursuing a dream he has had since childhood. Jones grew up lower-income with a lack of opportunities. He was also lacking certain people in his life who had been caught up in the criminal justice system. Through seeing their struggles, he understood the power of the law at a young age.

"I saw it as translated to knowledge, and knowledge is power," he says, adding that he wanted to become a lawyer in order to equip and empower others.

After earning a degree in criminal justice from the University of Cincinnati, Jones held jobs as a probation officer, a youth counselor and as a social worker. While he was happy to help people, his dream was still to attend law school. The need to earn an income and provide for his young family put that dream on hold for several years, but he finally took the LSAT and applied to law school.

His acceptance letter to Louisville Law was his first experience with the school's strong sense of community. Renée Ferrell, Assistant Dean for Admissions and Enrollment Management, had left a handwritten note on the letter, welcoming him to Louisville Law. Jones says that touch was incredibly meaningful to him.

"I felt like I mattered," he says. "The University of Louisville has given me the greatest sense of hope to be part of something greater than myself."

Throughout his first year, Jones says he has experienced community over and over again. From Dean Colin Crawford's hosting a reception for accepted students at his home, to the professors who have understood the needs of his family, to the fellow students who have voted him into leadership positions, "It's been amazing," Jones says.

"I have a home away from home in the city of Louisville."