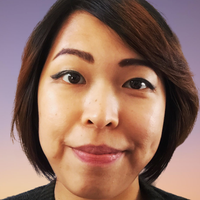 Sumyat Thu, a Southeast Asian woman with short black and brown hair, is shown in a close-up shot.

Dr. Sumyat Thu (she/her) is currently an acting assistant professor of writing at the University of Washington and received her PhD in English language and rhetoric also at the UW in 2020. Her dissertation research focused on translingual and transnational literacies of refugee and immigrant students from the lens of language and race intersections. While as a graduate student, she served as the chair of 2019 Praxis Conference at the University of Washington on the theme of “Antiracist Pedagogy: Visions and Practices for Institutional Change.” Follow her on Twitter @sumyatthu28.

Description: Normative forms of academic knowledge sharing and conversing in conferences often privilege individualistic ways of presenting knowledge by academics for academics that disproportionately focus on cognitive, theoretical, and argumentative ways of knowing and less on collaboration and practice-based, embodied, and wholistic forms of knowing and discussing. These conventional genres of academic conferencing reflect the values of systemic patriarchal Whiteness that we want to be more critically mindful of and consistently dismantle. As part of a graduate student-led conference organizing team, I served as the chair of 2019 Praxis Conference at the University of Washington (Seattle) on the theme of “Antiracist Pedagogy: Visions and Practices for Institutional Change.” In collaboration with my then-graduate student colleagues, I worked on this conference organizing for three years in total up until serving as the chair. One specific example of how we reformed conference genres was, instead of a traditional keynote speech by an academic, we hosted a keynote panel and discussion with a student leader from the Black Student Union, a principal of a local alternative high school, and a community organizer from the local Asian community. The keynote panel generated refreshing and productive conversations on the issues of antiracist pedagogy and praxis in K-12 and higher education as well as a generally positive reception from the audience. Based on what I have learned from these collaborative and grassroots efforts of conference organizing and fostering engagement between academics, community organizers, and student activists at my institution, I plan to talk about how we can rethink and take up conference genres such as keynote speeches, presentation and panel genres, and Q&A discussions to be less individualistic and hierarchical but more informed and embodied by Critical Race Theory traditions and antiracist forms of community organizing and knowledge sharing. Specifically, I will discuss different ways of fostering conversations and collaborations between academics, student and community organizers, and local community members, co-creating equity-based conferencing norms such as being aware of our social positions and how we are taking up space, building in mindfulness breaks, and practicing rhetorical, active listening in formal and informal conversations, and expanding presentation genres to include inquiry-based and embodied forms of knowing such as narrative storytelling and performance-based genres.