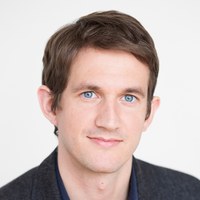 Dr. Frank Kelderman, a White man with blue eyes and brown hair, against a light background, wearing a blue button-down shirt and a dark-gray blazer.

Dr. Frank Kelderman is a literary historian who specializes in Native American literature, Indigenous studies, and nineteenth-century American studies. His first book, Authorized Agents: Publication and Diplomacy in the Era of Indian Removal (SUNY Press, 2019), explores the relation between Native American literature and Indian diplomacy in the nineteenth century, from the Missouri River Valley to the Great Lakes. His scholarship has been published in the journals American Literature, American Studies, J19, Great Plains Quarterly, MELUS, and Studies in American Indian Literatures.

Description: What does a decolonial approach to conference design look like? This roundtable seeks to help planners of academic conferences generally (and the Watson conference specifically) consider concrete ways to support Indigenous people, communities, and nations and dismantle white supremacist structures. Native scholars from several different institutions will share their experiences with conference planning and other decolonial work; native and settler scholars from the University of Louisville (UofL), assembled for the first time, will begin the conversation about actions and initiatives that UofL might take and that the Watson Conference could advance. As they offer their perspectives, presenters will draw on their expertise in archaeology, geography, leadership and organizational development, linguistics, linguistic anthropology, literary studies, rhetoric, and sociology.