Salaries Up For Grads Unemployment Rate Down

SALARIES UP FOR GRADS AND UNEMPLOYMENT RATE DOWN

Average starting salaries for recent college graduates continue rising.  That’s according to the National Association of Colleges and Employers (NACE) and their most recent survey of class of 2020 graduates from across the nation.

Students from that class earned an average starting salary of $55,260 despite the ongoing complications in the job market caused by the pandemic.  That starting salary is 2.5% above graduates from the class of 2019.

The highest starting salaries were reported for graduates from more technical majors including petroleum engineering, computer programming, and computer engineering.

NACE also reports that some of the fields that reported salary increases were apparently impacted by the on-going pandemic.  For example, the increased demand for nurses likely fueled the 2.1% increase in the average starting salary for registered nursing majors, despite the overall salary of health sciences majors dipping 0.1% from last year.

Here’s the listing from NACE of the top 10 majors with the highest average starting salaries. 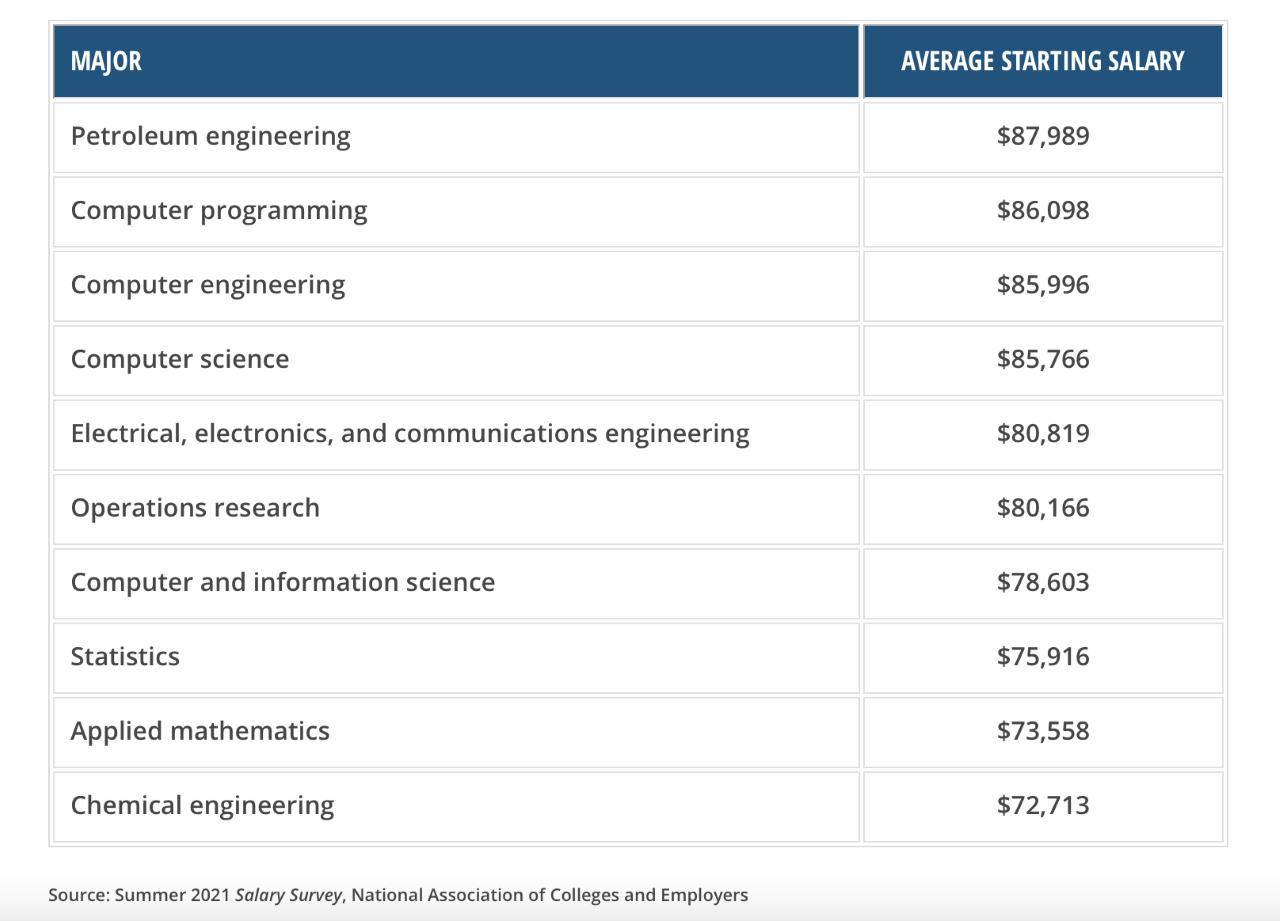