The PEACC Center was selected to receive the Innovate Program Award for their work engaging men in campus prevention at UofL from the Kentucky Association of Sexual Assault Programs. They will be honored at the Sexual Assault Awareness Month Kick Off at the Capitol at the end of the month!

One of the fundamental beliefs of the UofL PEACC Center is that men play an essential role in violence prevention on our campus. Men not only have a connection to this issue, but they have tremendous power to prevent the problem by stepping in and intervening as a bystander. With this in mind, PEACC has an intentional emphasis in their outreach and programming to engage our male students as “Men of PEACC”. Our goal is to impact the culture of our campus so that it is encouraged and expected that men take issues of sexual and relational violence seriously and recognize the influence they have to reduce these experiences for both men and women. 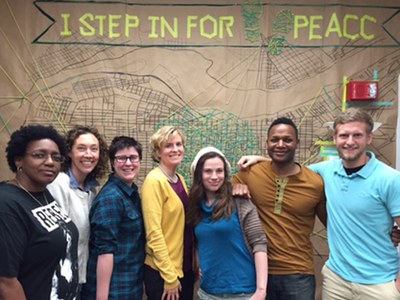