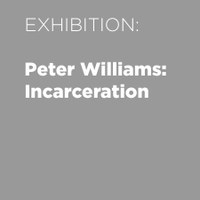 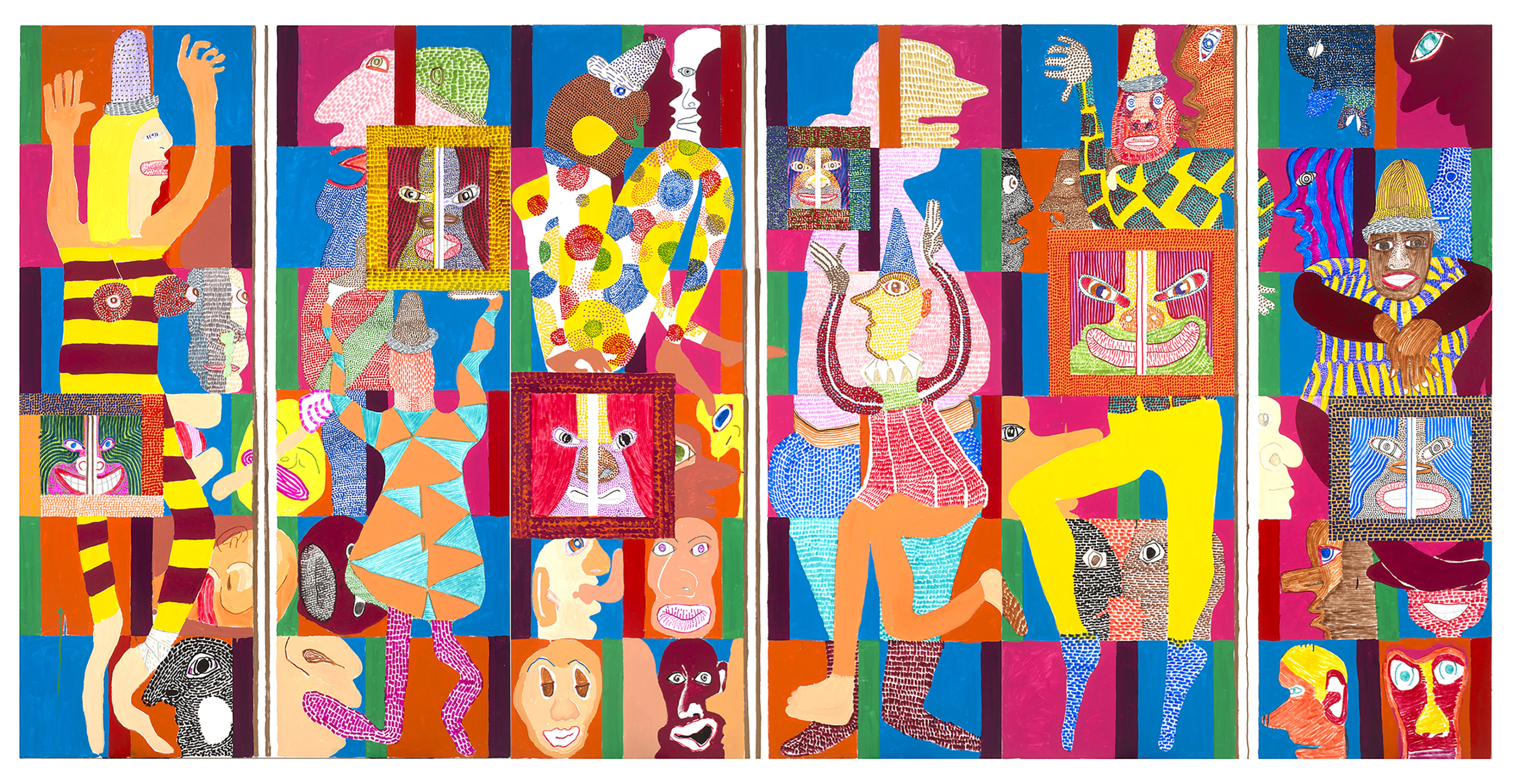 Much “political” art today—and, indeed, much of the political art of the past forty years—has placed medium in the service of message. Such work takes the form that its content demands. But for forty years Peter Williams has been doing something quite a bit more complicated: he treats politics as a support for investigating radical painterly invention. Williams’ art is certainly about the politics of blackness—historical politics, contemporary politics, personal politics, and future politics. But Williams’ gambit is painterly, and his investigation and invention take up the vocabularies of high modernism and its demands for new modes of representation. He is a particularly inventive colorist in this regard, using a “hyperbolic” palette to compose his work. His terms are familiar; flatness and the grid loom large for him just as they did for many avant-garde painters. However, for Williams, the grid can never be disambiguated from prison bars and cages, disciplinary apparatuses that seek to organize not just a world (as the grid does for a painting) but also its inhabitants.

This is the point of departure for the exhibition Peter Williams: Incarceration. In the work on display, Williams threads historical conditions of black incarceration—the middle passage, slavery, and escape—through current modes of black incarceration—prison, cultural appropriation, and the legacy effects of redlining. These “political” threads compose the support for a similar kind of painterly weaving, one in which the artist elaborates on the modernist grid and various compositional inventions like the flatting of the picture plane and expressionistic use of line and color. Thus, for example, a ship carrying slaves across the middle passage is also a cruise ship holding prisoners of a different sort. This, in turn, serves as the support for Williams’ investigation of “dot” painting technique, gridding, and framing (Voyage, Then and Now, 2019). Williams’ paintings are, in this way, not about incarceration, they are about painting—but also about painting from a particular racial position and thus never “about” anything else. In this way too the work can be at once heartbreaking and funny, critical and nonsensical. It is both committed in its politics and radical in its composition.

There is Nothing United about the United States or the Art World,John Yau, Hyperallergic

Peter Williams lives in Wilmington, Delaware, and is Senior Professor in the Fine Arts Department at the University of Delaware. In 2018 Williams was inducted into the National Academy of Design and is the recipient of numerous awards and grants, including the Djerassi Resident Artists Program (2018), Joan Mitchell Award (2004 and 2007), Ford Foundation Fellowship (1985 and 1987), and McKnight Foundation Fellowship (1983). His paintings are held in the permanent collections of the Smithsonian American Art Museum, Walker Art Center, Whitney Museum of American Art, Detroit Institute of Arts, Delaware Art Museum, Davis Museum of Art at Wellesley College, Howard University in Washington DC.