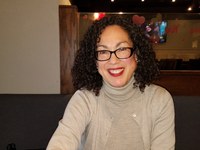 Professor Trucios-Haynes has served as the Director of UofL’s Muhammad Ali Institute for Peace and Justice, a diversity unit within the Office of the Senior Associate Vice President for Diversity and Equity since 2014. As Director, she supervises the Muhammad Ali Scholars Program, several research initiatives, and collaborations with the Muhammad Ali Center. Professor Enid Trucios-Haynes, a Professor of Law at the Louis D. Brandeis School of Law, is a nationally recognized scholar in immigration law and she has been in the field for over 30 years. Professor Trucios-Haynes teaches constitutional law, immigration law, international law, and race and the law, and her research focuses on immigration law, constitutional law and race and the law with an emphasis on issues affecting the Latinx community. She is the Co-Principal Investigator for a 21st Century Research Innovation Grant creating the Cooperative Consortium for Transdisciplinary Social Justice Research, which she has co-directed since January 2017.  Professor Trucios-Haynes is the co-founder and co-director of the Brandeis Human Rights Advocacy Program, (HRAP), established in Spring 2014, to advance community engaged scholarship focused on immigrant rights. She is the co-recipient of the 2017 Exemplary DesignationAward from the W.K. Kellogg Foundation Community Engagement Scholarship Awards for HRAP’s scholarship responding to the urgent need for legal outreach in the undocumented immigrant community.  From 2016-2018, Professor Trucios-Haynes served as the Chair of the Faculty Senate, the elected representative of UofL’s faculty, and as a UofL Board Trustee. Professor Trucios-Haynes graduated from Stanford Law School in 1986 where she served as Associate Editor of the Stanford Law Review. She has received numerous awards during her career at Brandeis School of Law. Most recently, the 2018 Inaugural Daniel M. Alvarez Champion for Justice Award for “demonstrating a strong devotion to serving underrepresented individuals or groups by giving a legal voice to those who would otherwise be voiceless.” 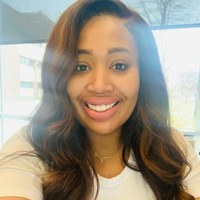 Sherry is a native of West Louisville and a graduate of Central High School. She received a B.S. in Organizational Communication and an M.S. in Human Development and Leadership with a concentration in College Student Personnel from Murray State University and is currently pursuing her PhD in College Student Personnel at the University of Louisville.

Sherry has over six years of higher education experience. Prior to beginning her career in higher education, Sherry worked in Sales and Marketing for three and a half years at the St. Louis Post-Dispatch in St. Louis, MO . She started her career at UofL in 2015 as an Academic Counselor for Health and Sport Sciences in the College of Education and Human Development (CEHD) and transitioned in 2017 as the Multicultural Teacher Recruitment Program (MTRP) Coordinator. After serving in the CEHD for six years, Sherry is now the Assistant Director of the Muhammad Ali Institute in the Cultural and Equity Center. Sherry is passionate about working with college students and working in higher education.